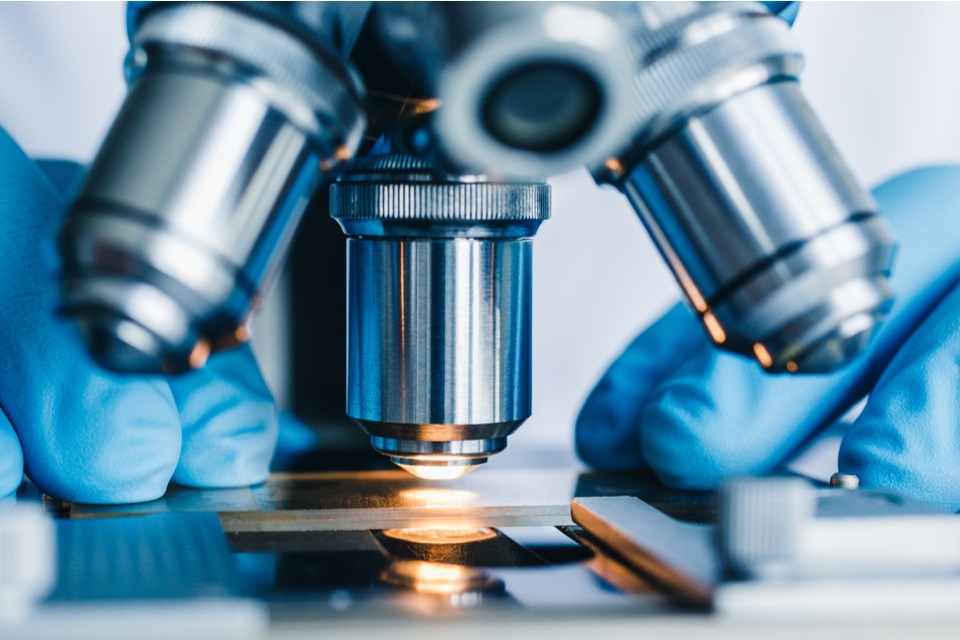 An international team of researchers, including Keele’s Dr Martin Hollamby and led by Professor Shiki Yagai of Chiba University in Japan, has succeeded in forming and studying self-assembled interlocked rings called “nano-poly[n]catanenes” that contain just one molecular ingredient.

In 2016, the Nobel Prize in Chemistry was shared by Jean-Pierre Sauvage for the design and synthesis of molecular machines, after he managed to interlock two ring-shaped molecules into what is called a "catenane". Unlike ordinary chemical bonds, the molecules in catenanes are linked like a chain, and so the links can move relative to each other. The synthesis and characterisation of such structures are notoriously difficult, particularly when the component rings are not held together by strong covalent bonds.

This work, published in Nature, reports the first template-free synthesis of nano-poly[n]catenanes via molecular self-assembly. The component rings (“nanotoroids”, 30 nanometres) contain around 600 identical small molecules. By altering self-assembly conditions, the group were able to create intricate structures, including a nano-[5]catenane with interlocked rings in a linear arrangement, which has been named “nanolympiadane” in homage to the [5]catenane system “olympiadane” first reported by Fraser Stoddart and colleagues in 1994, and the well-known symbol of the Olympic games. 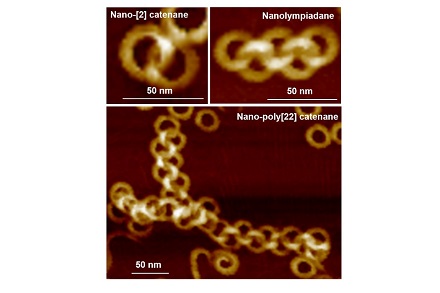 The group designed methods to purify the rings, removing any material that hadn’t assembled as desired, and found that the addition of such rings to the hot monomer solution facilitates the formation of new assemblies on the surface of the rings, a process known as secondary nucleation. Informed by the step-wise nature of the formation mechanism, they added monomers sequentially, and were thereby able to create poly[n]catenanes with up to 22 rings. Given the scale of these structures (already hundreds of nanometres), it is likely that only minor further refinement of the sequential addition process may build structures that are sufficiently large for purification by simple filtration. This would allow for in-depth study of the unique physical properties that a structure made up of miniscule interlocked chain links may have, and their potential for creating molecular machines.

Dr Hollamby said: “Substantial interlocked structures of molecules have been made before, but the rings that make them up have previously been held together by strong covalent bonds. This report marks the first time that this has been done at this scale, and with such a fine level of control, for structures that are built up from a single small molecule interacting with itself.

“Keele’s contribution lay in the analysis of small-angle scattering collected at ISIS Neutron and Muon Source and Diamond Light Source which alongside multiscale molecular simulations by the group of Prof. Pavan (Polito, Italy & SUPSI, Switzerland) were instrumental in characterising the structures, identifying where the secondary nucleation took place, and the mechanism behind it.”

Lead author Professor Shiki Yagai added: “The innovative finding of this research lies in the utilisation of the self-assembly characteristic of the molecules. We were able to create intricate geometric mesoscale structures without using complex synthetic methods.”

“This paves the way to create even more complex geometric compounds such as ‘rotaxane’ and ‘trefoil knot’ at a similar scale. As the molecular assemblies used in this research are made of molecules which react to light and electricity, they can potentially be applied to organic electronics and other molecular machines.”