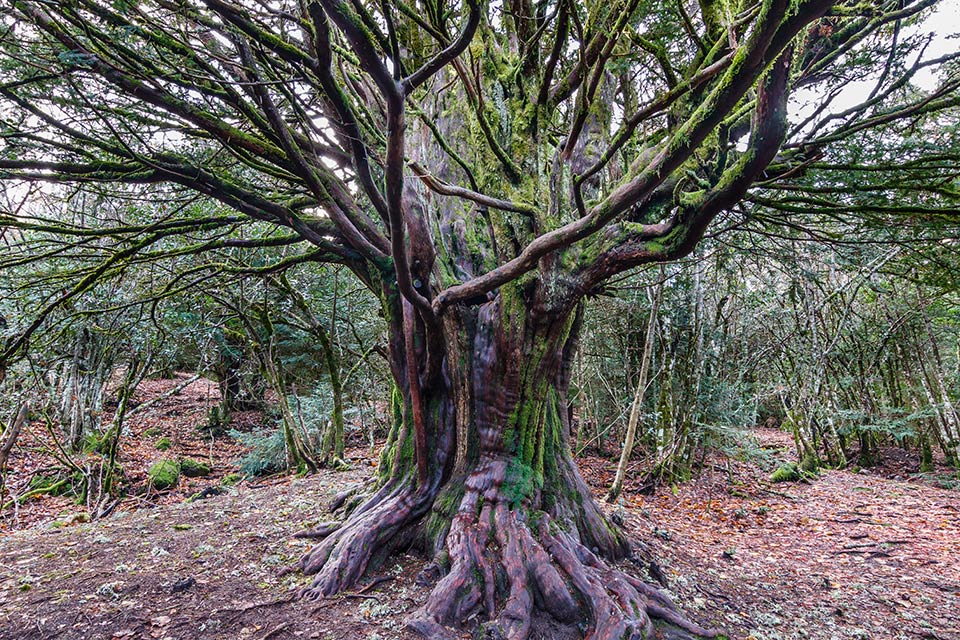 Some of Britain’s most ancient trees could be thousands of years younger than previously thought, according to new research.

The study by academics from the Ancient Yew Group, including Dr Peter Thomas from Keele University, who is also a Harvard University associate, found that some of the country’s ancient and priceless trees could actually be centuries younger than previously thought, thanks to a new method of assessing their ages.

The researchers, whose findings have been published by the Royal Forestry Society, took repeat measurements of the diameter of some of Britain’s oldest yew trees, some of which were believed to be around 5,000 years old.

However, they discovered that the trees are actually growing much quicker than originally believed, leading the team to conclude that the trees are not as old as once thought and potentially lopping centuries off their estimated ages.

Dr Thomas said: “Various methods have been used for estimating the ages of these large British yew trees. One of these has been based on the circumference of trees using estimates of how fast the tree grows at various points in its life. This has given rise to estimates of our largest trees being 5,000+ years old, rivalling the oldest known trees in the world.

“However, by taking repeat measurements of the diameter of trees over many years, it is clear that yew trees are growing faster than previously thought, so big trees are not as old as was once thought. This is backed up by measurements of the thickness of annual tree rings in yews. Together these two types of measurements suggest that the true age of our biggest yew trees is nearer to 2,000 years old.

“Although this is disappointing to those who want our yews to be as old as, or even older than the famous bristlecone pines in California and Nevada, our yews are still incredibly old. Even though they are not as old as previously hoped, our old yews are still very valuable and need to be looked after - they are still the oldest living things in our landscape.”