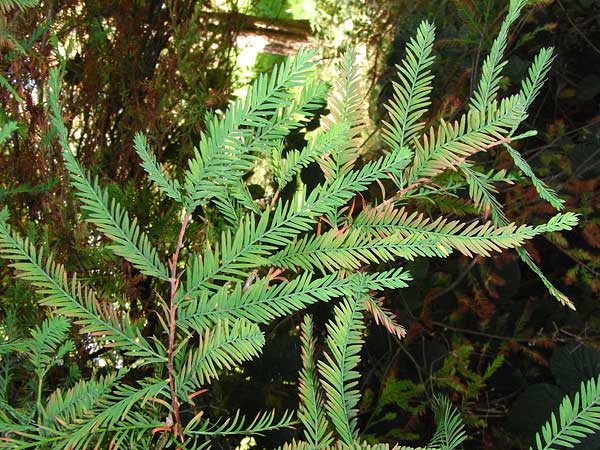 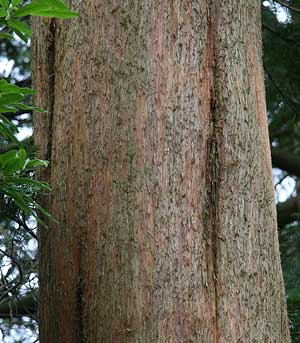 This is a Native to the southern United States - Delaware to Texas and along the Mississippi.

It is conic in shape and in its native habitat often grows in wet or flooded ground. To help the air get to the roots when they are under water, the tree develops spongy "knees" or pneumatophores which may be up to 30-40 cm high and rather domed - like ant hills. The bark is pale reddish-brown, stringy and with shallow vertical, spiralled fissures.

It is a deciduous tree and the foliage is pale green when fresh, turning reds and orange before leaf fall in the autumn (autumn photo at Shugborough Hall, Staffordshire, UK). Leaves are on long shoots and placed alternately along the branch - the Dawn Redwood is very similar but here the leaves are opposite.

Location : There is one trees on the eastern side of the top lake, in front of the Giant Sequoia. Its pale green foliage makes it stand out from other trees. Square O10; compartment 19b. Another is in the Special Collection below the Walled Garden; compartment 24; square K10.