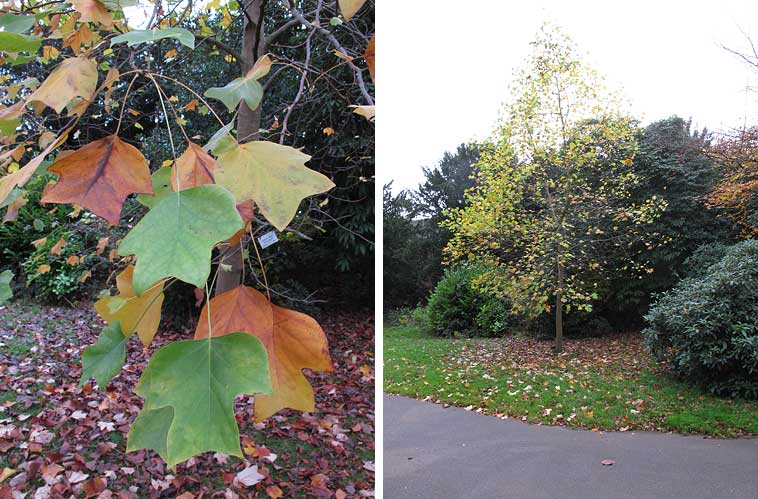 A native of SW China, it is similar to the American Tulip-tree differing in the often slightly larger and more deeply lobed leaves, and in the shorter inner petals in the flowers, which lack the orange pigment of that species. The Chinese Tulip-tree reaches about 40 metres (130 ft) tall.

Location: one in the grounds of Sneyd House; square J9; compartment 63N; planted 2008 in memory of Thomas Dicky Suharlan. Another is by Lindsay square J10; compartment 63F.