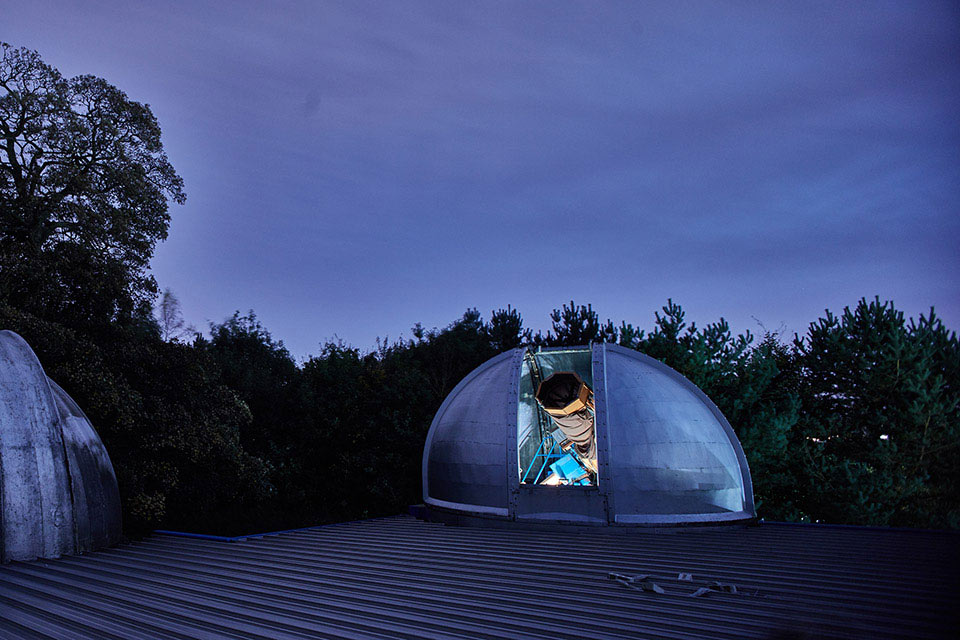 An elusive organic material has been detected in our region of space by a group of researchers, after first being discovered almost 100 years ago.

The team, which included Keele University’s Dr Jacco van Loon, identified the substance as they investigated the “Local Bubble” - a sparse region of space which is thought to have been created by the explosive death throes of massive stars.

Dr van Loon and his colleagues were trying to map the Local Bubble by examining the stars from different distances, and looking at the gases and dust lying in front of them.

This gas and dust leave an imprint on the starlight that reaches Earth by absorbing some of it, and almost a century ago the American astronomer Mary Lea Heger discovered a substance that absorbed starlight at various and very specific colours, in a way that was different from normal atoms and dust.

Many more of these “Diffuse Interstellar Bands” (DIBs) have been found since she made her discovery, but it is still not known what material causes them, with most believing that it must be made up of organic molecules.

Now, for the first time, Dr van Loon and his colleagues have found the mystery material inside the Local Bubble, the part of space in which our solar system currently resides, thanks to careful, precise observations and processing of the data.

Dr Jacco van Loon, who is Director of Keele Observatory, said: “The DIBs are most easily seen in front of distant stars, but we wanted to know whether this stuff can also be found closer to home. To do this, we had to look at nearby, bright stars and get a very good signal on them.

“We aimed to reach a precision of at least one in a thousand, while most astronomers are happy - if not ecstatic - to get a precision of one in a hundred. This required careful observation and processing of the data. But we succeeded, and we saw the characteristic pattern of DIBs. In short, we have found this mystery material inside the Local Bubble for the first time!

“What our discovery means is that whatever this material is, it can survive in pretty harsh conditions. That, or there must be small, dense structures threaded throughout the Local Bubble. When the Sun and the Earth move through this material, it is not unthinkable that some of it might rain upon Earth, so there is a possibility that it could have brought some vital ingredients for life.”