Keele astronomers discover one of the hottest Jupiter-sized exoplanets 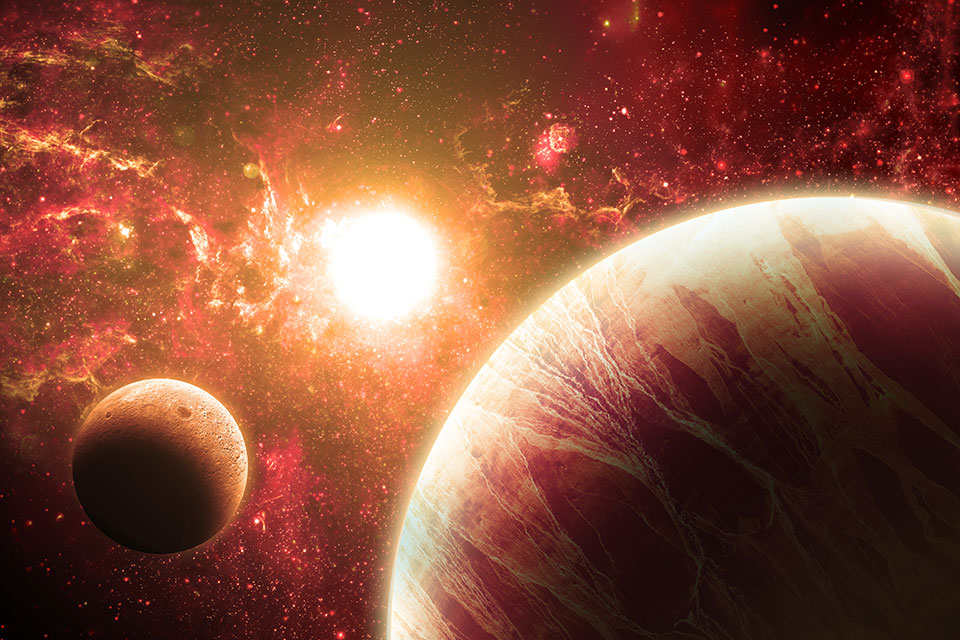 Astronomers at Keele have detected an ‘ultra-hot Jupiter’ recording its temperature as one of the hottest exoplanets of this type ever discovered.

The researchers, led by Keele University’s Astrophysics Group, found four new exoplanets as part of the Wide Angle Search for Planets (WASP) survey, including the discovery of the ‘ultra-hot Jupiter’ named WASP-178b.

Three of the exoplanets are classed as ‘hot Jupiters’ as they are similar in characteristics to the solar system's biggest planet, with orbital periods of less than 10 days. Such exoplanets have high surface temperatures, as they orbit their parent stars very closely.

Located about 1,360 light years away from the Earth, WASP-178b belongs to a new group of exoplanets called ‘ultra-hot Jupiter’. Its day-side temperature exceeds 2,200 K, and its parameter was calculated to be around 2,470 K, making it one of the hottest exoplanets of this type known to date. The reason for its high temperature is the proximity of its orbit around its host star, causing it to receive a large flux of radiation in the upper layers of its atmosphere.

The discovery, published in the arXiv Journal, was made by a team of researchers led by Professor Coel Hellier from Keele University, using the WASP-South telescope at the South African Astronomical Observatory (SAAO) in South Africa. WASP is an international consortium conducting an ultra-wide angle search for exoplanets using the transit photometry method.

The four new worlds received designations: WASP-178b, WASP-184b, WASP-185b and WASP-192b. The astronomers identified transit signals in the light curves of four stars during an observational campaign taking place between 2006 and 2014. The signals were later confirmed by follow-up observations at the Euler-Swiss telescope and the TRAnsiting Planets and PlanetesImals Small Telescope (TRAPPIST), both located in Chile.

Observations show that WASP-178b has a radius approximately 81% larger than that of Jupiter, while its mass is around 1.66 Jupiter masses. It takes the planet about 3.34 days to fully orbit its host which is also recorded as the second-hottest transit host so far identified.