On Tuesday 17 October Keele University Art Gallery opened its latest exhibition to a crowd of over 80 visitors to the University. ‘Poetry [E]motion: Older Women Rock the Potteries!’ is a project developed by spoken word poet Leah Thorn as an Institute of Liberal Arts and Sciences Visiting Fellow based in the Keele Centre for Ageing Research (KCAR) with Dr Dana Rosenfeld. Speeches were presented by Professor David Amigoni (Pro Vice Chancellor for Research and Enterprise) and Dr Dana Rosenfeld (Director of KCAR). Dawn Jutton one of the artists involved in the project spoke on behalf of Leah Thorn with performance poetry presented by some of the women who participated in the project. Dr Jackie Reynolds also introduced a parallel exhibition called the Ageing of British Gerontology. 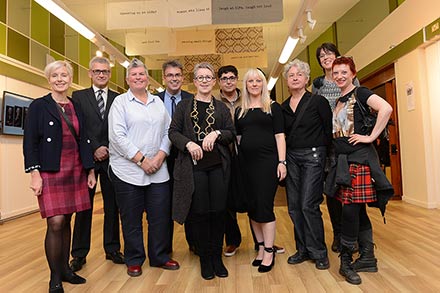 Through performance, poetry, clothes, film, workshops and talks the project celebrates older women, challenges their invisibility, unites them across differences and subverts dominant assumptions and prejudices. The idea grew from a 2015 Leverhulme Trust artist residency in the Kent Academic Primary Care Unit at the University of Kent and the England Centre for Practice Development at Canterbury Christ Church University. ‘Poetry [E]motion: Older Women Rock the Potteries!’ was the first initiative to take place after the pilot phase of ‘Older Women Rock!’ in Canterbury and Folkestone, Kent.

Over a three-month period, Leah ran twenty-two workshops in North Staffordshire and from a base set up in an empty shop in Newcastle-under-Lyme, which served as a pop-up exhibition for the ‘Older Women Rock!’ collection of poetic clothing and a workshop space. 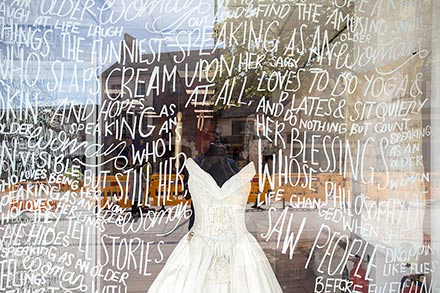 Forty-two women aged 50 to 92 engaged in writing poetry and eighteen of them additionally participated in the process of developing listening partnerships. Much of the work has been co-created, through both the construction of group poems and the collaborative process between Leah and the visual artists, and the women and the visual artists.

Funded by Keele University’s Institute of Liberal Arts and Sciences (ILAS) and Arts Council England and supported by Keele University Arts and Public Engagement Manager Kerry Jones, the exhibition will encourage students, staff and visitors to the University to explore a wide variety of work covering topics including Employment Discrimination, Migration, ‘Coming Out’, Laughter and Tears, becoming a Carer and Domestic Violence. ‌ 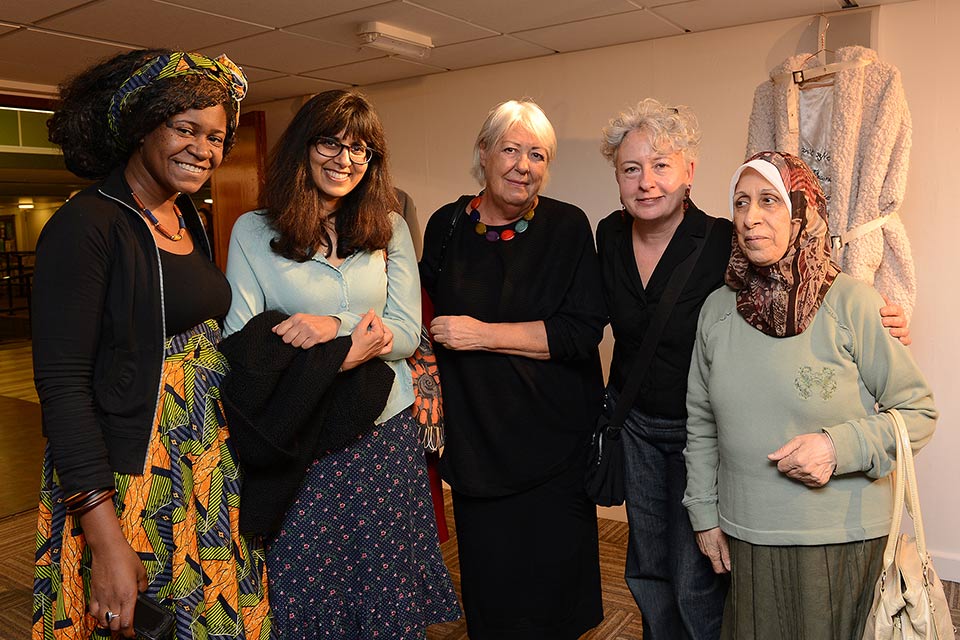 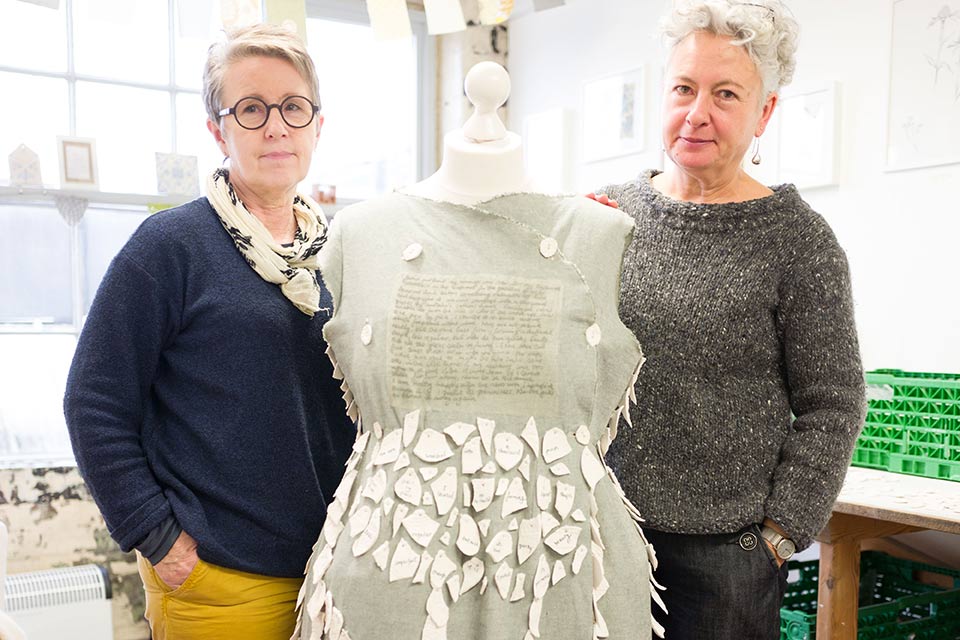 PHOTO 4 - group photograph of visitors at the preview evening.

PHOTO 5 - The Clay Frock, inspired by a poem by project participant Lynn Burrow. The poem tells the story of the breakup of Lynn’s relationship, its shattering effects on herlife, and the gradual rebuilding of her personal world, using the analogy of a ceramic urn being broken and re-built. The dress has been created as a size 20-21, both to encourage its wearing by a real woman, and also to provide a gentle nod in the direction of Stoke on Trent’s City of Culture 2021 bid.