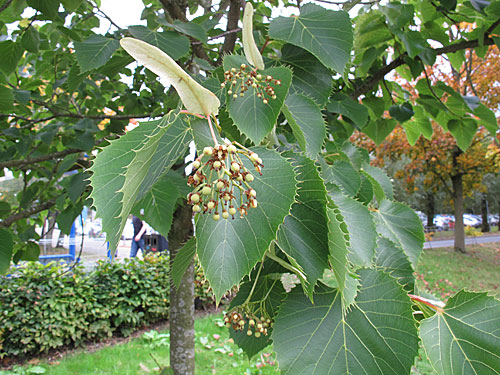 A rare Chinese tree growing up to 20m with distinctive spine-tipped leaves and flowers in bunches of up to 20 which appear in the autumn. It was discovered in China in 1888 by Augustine Henry and introduced in the west in 1901 by Ernest Wilson.