Origins : A native species that grows alongside streams, fens, carrs, lakes etc in all parts of the UK.

Leaf : The leaf shape is rounded whereas the other Alders at Keele have more oval-shaped leaves.

Flowers :The male catkins occur in groups of 3 - 5 and are dull purple in the winter but open a dull-yellow colour and 5cm long in the spring. The female catkins, often mistakenly called cones, provide a rich food-source for birds in the winter, especially Redpolls and Siskins. 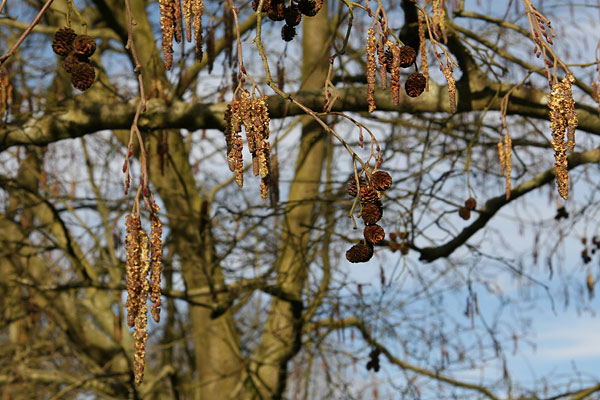 Fruit : The seeds have cork-like growths which allows them to float on water and thereby move freely along watercourses. 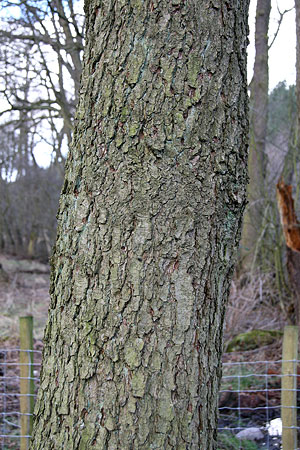 Tree : The bark on mature trees is grey-brown with closely separated plates elongated in a vertical direction. The tree is coppiced frequently and the cut wood turns an orange-red colour.

The roots contain nitrogen fixation nodules which make up for the lack of nitrogen in the water-logged soils in which it grows. It is sometimes planted to enrich poor ground and to prevent erosion of river banks.

Uses : The wood is yellow when seasoned and works easily. It was once used to make clogs and mill-wheel cogs.

Its natural habitat of watery places meant that it was also used for sluices, water troughs and piles, while the dry wood makes good charcoal.