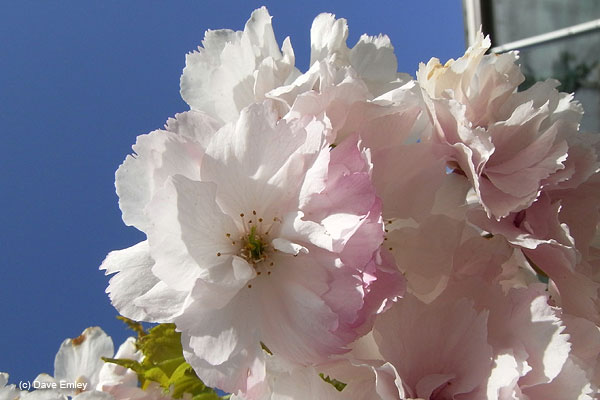 Collingwood Ingram received scions of this cherry from the USA in 1924 but was unable find anything about its origins. The name means ‘big chrysanthemum cherry’. It was exported by Yokohama Nursery Co. in the 1930s but is not currently found in Japan though still grown in Europe and the USA.

Flowers of c.5 cm dia. occur in tight bunches on spurs at the ends of twigs. The very pale pink double flowers contain only c.20 petals; they appear in late April. It forms a small tree of gaunt stiff appearance similar to 'Mikurama-gaeshi' according to Chadbund. Ingram considers it closely related to ‘Yae-akebono’.