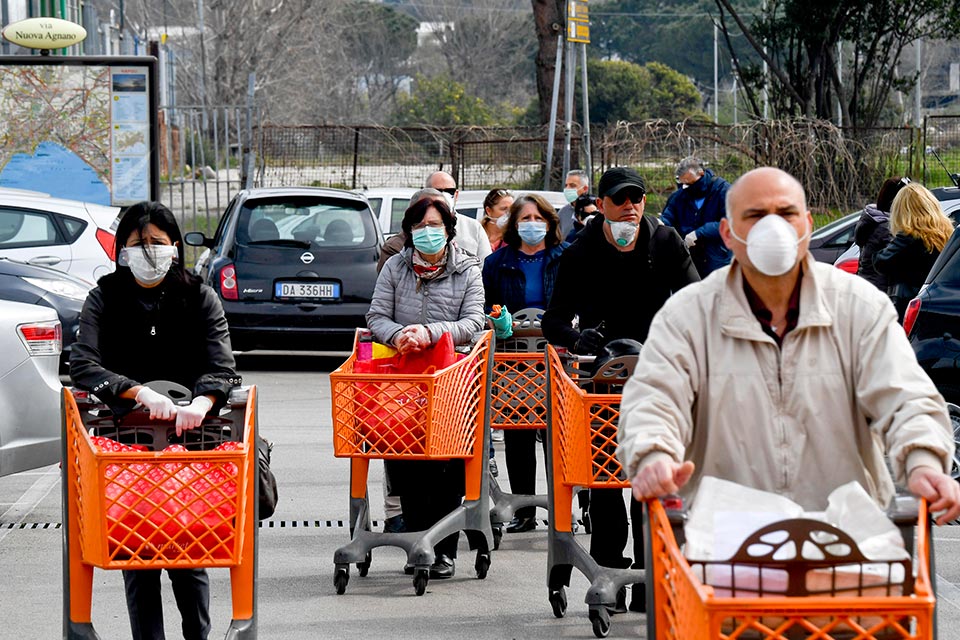 During difficult times, we hope that everyone will pull together, keep calm, and work as a unit to ensure that society continues to run smoothly. Unfortunately, this is not always the case – as is particularly evident right now.

Toilet paper has reached incredible prices on eBay. Videos of supermarket brawls populate the internet. One man in Tennessee bought 17,000 bottles of hand sanitiser, hoping to sell them for a fat profit. In the UK, where I’m currently under lockdown, we are increasingly seeing bare shelves in store and huge online queues to order groceries by delivery.

But we are also seeing acts of kindness and benevolence – hospital doctors working long shifts to help treat ill patients, and social media campaigns to allow elderly, vulnerable individuals to have a dedicated hour to shop in supermarkets before they open. How can we explain these two approaches to crisis situations?

The decision of whether to buy supplies in a socially responsible manner, or to hoard them, is related to game theory. This approach is based around the understanding that our pay-off in some situations is based not only on what we do, but what on others do too. For example, getting the food we want from a supermarket is dependent on us and all (or most) other shoppers acting sensibly. If we decide to be socially responsible, that is of little effect if others decide to panic buy.

Social psychology research suggests that there are two main motives for “selfish” behaviour – greed and fear. When greedy, individuals are simply unconcerned with others and take what they want to benefit themselves. Fear is more complicated. In this case, individuals may wish to act in a socially-responsible fashion, but are concerned that others will not. If they shop sparingly and others hoard, they will be left with the worst outcome – the so-called “sucker’s payoff”. The belief that others are acting selfishly can often exacerbate those tendencies in others.

How to stop hoarding

So how can self-interest be reduced? Research suggests several ways in which socially-responsible behaviour – and the reduction of hoarding – might be encouraged.

One method may be to emphasise the feelings of kinship between shoppers. Perceiving others as similar to ourselves usually increases cooperation. Another is to play down the idea that everyone is panic-buying. Fewer newspaper articles highlighting bare shelves should lower concerns about getting the “sucker’s payoff”. And although acts of hoarding can lead to more hoarding, the opposite is also true. Acts of generosity can increase others socially minded tendencies and promote cooperation.

The extended nature of the situation should also be emphasised. When people believe they are in for the long haul, and may encounter the same people in the same situation again, they tend to be more socially responsible.

People tend to be more cooperative in small groups, especially with strangers. So, allowing small numbers of people into a place at once may help to reduce selfishness. Luckily, this is happening already thanks to social distancing rules. Promoting discussion and conversation often improves relationships amongst people in game theory-type situations. Although this may not be a very practical solution, perhaps the Blitz spirit of singing songs together could help with this – supermarket karaoke anyone?

Finally – and perhaps more drastically – we could introduce punishment for acting selfishly. Social sanctions – such as naming and shaming or ostracising those who hoard – can often be effective, but relies on the person caring about being shamed. Direct punishment – such as fines – can work, but only if it is strong enough to be a deterrent to others. Too weak a punishment can actually increase selfishness if individuals realise the cost/benefit analysis will work in their favour. It remains to be seen whether the regulations recently put in place in the UK banning groups of more than two people gathering in a public place will be strict enough to work as intended.

Unfortunately, it is the case that some people just don’t trust others or actually prefer to make sure that others get less than them. Little can be one about these ingrained personality traits. But, they are in the minority and over the coming weeks (or months) we will hopefully see that the human spirit is far stronger than a dangerous virus, even in the face of toilet paper shortages.