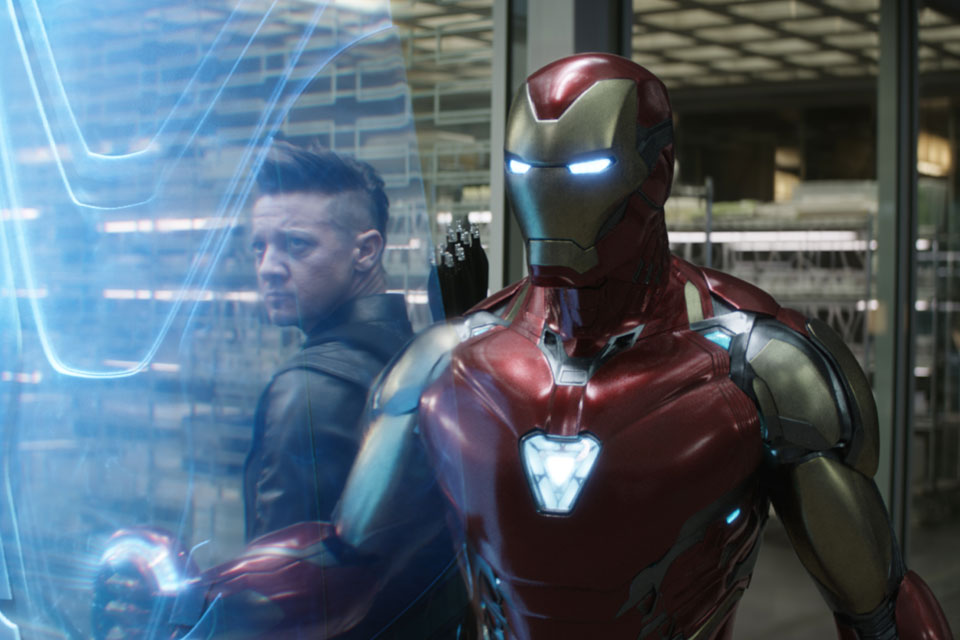 Martin Scorsese, Francis Ford Coppola and Ken Loach have all recently expressed scorn at the growing dominance of superhero movies in the commercial cinema, with Scorsese saying that the Marvel film universe is “not cinema”. We asked two academics: an expert in cinema and an expert in comics to debate the question.

Marvel movies aren’t cinema. So what are they? Martin Scorsese recently labelled them “theme parks” but I suggest they function primarily as commercials. I agree with British filmmaker Ken Loach’s comment that Marvel movies are “a commodity which will make a profit for a big corporation – they’re a cynical exercise”.

They are not the first to take aim at superhero movies. In 2014, director/screenwriter Alejandro G. Iñárritu (Birdman) condemned superhero blockbusters saying “… they purport to be profound, based on some Greek mythological kind of thing. And they are honestly very right-wing … Philosophically, I just don’t like them.”

He could be on to something about the right-wing propaganda aspect. Superhero movies tend to set up situations where the world is in grave danger – and sell superheroes as the solution. The message here is that might makes right and that the end always justifies the means: a classic fascist trope. You can see why someone like Loach might not like this narrative trend. His stark new film, Sorry We Missed You, makes it clear there are no superheroes to save us, just ordinary people in real situations living lives of quiet desperation.

As bread and circus commodities, Marvel movies also function as self-advertisements – not just for the countless prequels and sequels, but also for merchandising, which is the real cash cow. Licensing revenue for toys, games, clothing, even breakfast cereal far eclipses box office receipts.

Selling a commodity as art has become so normalised that we consumers gladly invest our money and time to collectively participate. I invested a great deal of time watching the TV series Mad Men, only to discover in the final episode that it was a seven-year-long Coke commercial. Since then, I’ve refused to spend any more of my life on episodic television and had to laugh when I read abut the inadvertent Starbucks product placement in the final series of Game of Thrones.

The ninth and seventh arts

Franco-Belgian scholars classify cinema as the “seventh art”, with comics being the ninth. But if we are to distinguish cinema from a murky mash-up of all media, then some protocols are needed. First, how about a moratorium on custom-made scenes that pander to international audiences? Iron Man 3 was cut for the Chinese market by upping the screen time for a minor character and adding foreign product placement that are not included in the original version. This is not done for art’s sake, but to generate increased revenue.

The backlash to Loach, Scorsese and Coppola is not surprising, since almost everyone in Hollywood (and beyond) is in on this game. For instance, Marvel movies accounted for 48.2% of Samuel L. Jackson’s entire career box office take, and a whopping 82.6% of Robert Downey Jr’s. Over in the DC Extended Universe in 2017, feminist icon Wonder Woman earned millions for her investors, which included oil tycoons Charles G. Koch, David H. Koch and Donald Trump’s treasury secretary, Steve Mnuchin.

It isn’t the genre that is the problem, it’s that mainstream superhero movies are created primarily to sell more mainstream superhero movies. The claim that Disney/Marvel innovated “narratives that are dispersed across its extended network of movies” is more evidence for their being capitalist commodities rather than cinema. Dispersing narratives across a network is a marketing ploy used by Marvel and DC for decades (known as crossovers) to boost sales of failing titles– readers are lured into buying issues of comics they don’t normally follow in order to continue reading a storyline or get closure. The films are essentially doing the same thing.

The best superhero film I’ve seen all year is Woman at War by Icelandic director Benedikt Erlingsson. It tells the story of one woman’s battle against planetary annihilation. Go see it if you get the chance.

For the record, I’m ambivalent about much of Marvel’s Cinematic Universe (MCU) – yet I was still struck by what Scorsese had to say about Marvel movies being more theme park than cinema.

That Scorsese should take this line, in some respects, is apt. Peter Biskind’s 1998 book, Easy Riders, Raging Bulls, evokes Scorsese as one of the great filmmakers of the “New Hollywood”, the decade or so from 1968 when it seemed that film-literate, adventurous directors and writers would re-imagine Hollywood.

The end of this period, in Biskind’s view, was down to the infantilism of films such as Jaws and Star Wars. These were films which were often viewed more as amusement-park rides than cinematic art – what Robin Wood critically dismissed as the childish, commercially-driven “Spielberg-Lucas syndrome” dominating mainstream film.

But if you want to look at the economical, expressive storytelling possibilities of film, just watch Spielberg’s Jaws, or even better, Close Encounters of the Third Kind. Don’t take my word for it – Scorsese, ironically, said so himself in a 2018 interview with Empire magazine, describing Spielberg as “a pioneer of visual storytelling … reinventing our art form with each new picture”.

Since he so strongly supports Spielberg, sometimes associated with the demise of grown-up cinema, it’s surprising that Scorsese should come out against the most current examples of popular film.

So what’s the problem with Marvel? As I explored in a recent book, the MCU’s most significant contribution to modern cinema – like it or not – has been to rethink the idea of the “standalone feature”, favouring narratives that are dispersed across an extended network of movies. From one perspective, the superhero franchises have simply expanded “classical” narrative form across a series of films.

Has this been at the expense, in Scorsese’s terms, of the “emotional, psychological experience” and the emphasis on “human beings” that is his preferred view of cinema? Well, Hulk is not Hamlet – and nor is Iron Man, despite the absurdly regal send off that character gets at the end of Avengers: Endgame.

But for all its self-congratulation, Endgame still offers much of the experience Scorsese demands – and which he might recognise. There are meditations on loss, on family, as well as debates on responsibility and moral choice, reflections on time and the impact of life decisions. And while we’re at it, were there many more films made in 2018 as refreshing, and politically engaging, as Black Panther?

Read more: How I marvelled at Black Panther’s reimagining of Africa

But isn’t Loach right about Marvel being a corporate enterprise, designed to take our money? Of course he is – these are Hollywood movies after all (I believe Scorsese makes these too). Do we then disqualify every major studio production in history as an advert for itself?

But the bigger issue here is that, because they are linked to broader practices of commercialisation, the films themselves are – mistakenly – deemed guilty by association. The political critique of the films also reduces the sizeable audience to an undifferentiated, uncritical mass. Loach, like most critics of the films – who also admit to not watching them – doesn’t seem to credit Marvel’s viewers with any discernment or intelligence. But marketing and merchandising - as plenty of Disney flops have shown - can’t alone guarantee audience devotion.

Indeed, as media scholar Derek Johnson reminded us, within “corporate” Hollywood, filmmaking and merchandising divisions are often separate – even in conflict with each other. The skill of Marvel’s filmmakers, in fact, has been both to create and sustain an audience that wants to follow its characters over ten years and more. This is an achievement in narrative – not in flogging toys or pillowcases.

To be clear: I get why people don’t like Marvel. But why can’t filmmaking like theirs, and like Loach’s, coexist? As Tom Shone wittily asks in his book Blockbuster, the demonising of modern movies tends to be all one-way traffic. Film connoisseurs tear into Star Wars for failing to be The Godfather, but nobody rips up Coppola’s family saga for missing a few space battles. Why need cinema be just one thing? Why not both? Isn’t cinema, in the end, something for everyone?

The elephant in this particular room, I suspect, is neither art, nor commercialism. And probably not “right-wing neoliberal propaganda” either. It’s exhibition. For the likes of Scorsese, the popularity and distribution muscle behind such films make it harder both to make and screen non-franchise or lower-budget movies. And he has a point.

But while there is clearly an imbalance problem within the contemporary cinema landscape, that doesn’t mean the films themselves are “not cinema”. Maybe they are just the cinema you’d rather not see.