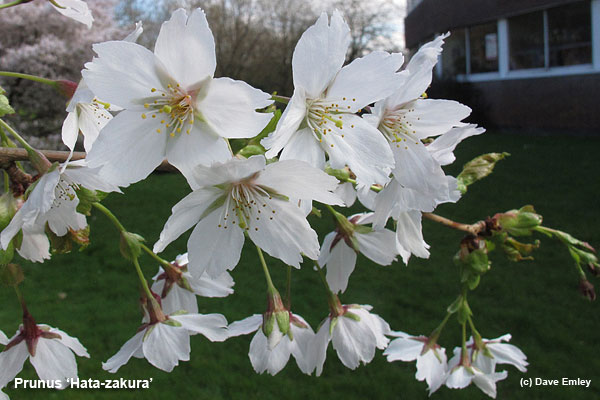 Hata-zakura means Flag-cherry, referring to the prescence of flag-like (vexillate) petals at the heart of the flower, though it has been suggested that the name refers to the ragged edges of the petals resembling the tattered fringe of a wind-torn flag. It originated from a cherry still growing at the Hakusan Shrine in Tokyo. Its full name should be ‘Hakusan-hata-zakura’. It is somewhat similar to ‘Ariake’.