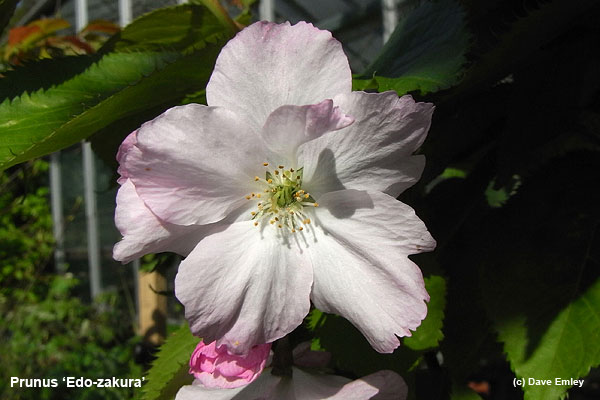 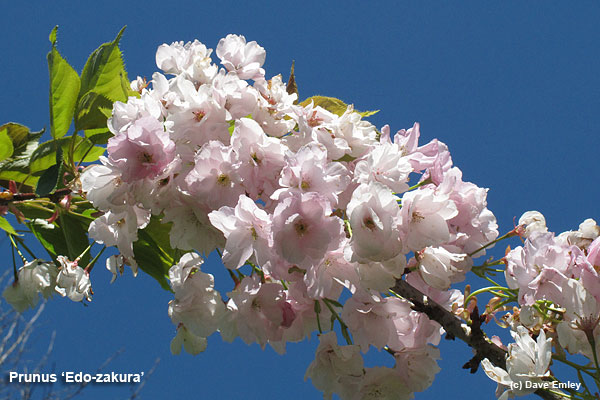 Reported from the end of 17th century in Japan. Imported regularly from Japan from late 19th century to the 1930s. A group of closely related semi-double pink flowered cultivars: ‘Beni-tora-no-o’; ‘Yae-beni-tora-no-o’; ‘Ito-kukuru’; ‘Okiku-zakura’; ‘Yokihi’; ‘Oshukun’. Named after Edo or Yedo - the old name for Tokyo.

A medium-sized tree with broad flattened crown (vase-shaped) to 5 to 6 m high.

Semi-double flowers with c.15 petals arranged in 3 tiers, the outer tier pink and the inners white. The flowers are in clusters of up to 5-6 flowers and over 4 cm dia. Flowers late-April to early-May.

Young foliage is very yellowish-green to bronze-green (RHS 152-B,C). It colours well in autumn to copper-bronze.