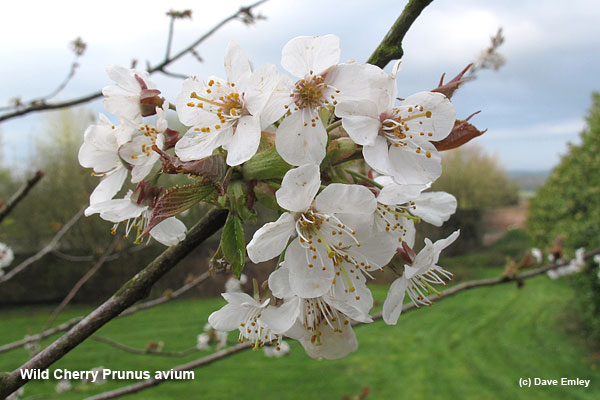 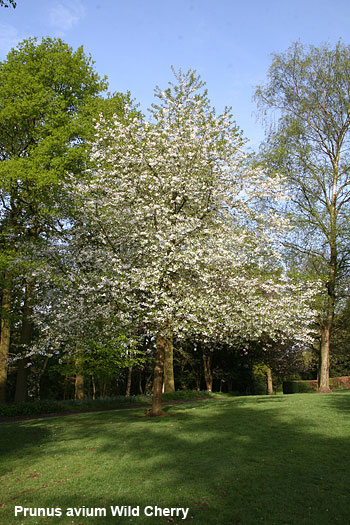 This is our only native cherry – fossilised remains having been found in parts of Britain. However, it would never have survived the Ice Age so it is thought that the wild cherries that we see today may be descended from trees re-introduced by the Romans.

‌The name avium might be better used for the Bird Cherry Prunus padus but it refers to the fondness that birds have for its fruits. Growing to a height of 25m, it is Europe’s largest cherry and has been cultivated for fuel, timber and fruit for many centuries.

The flowers are rather simple single white blooms, up to 2 cm across,  but en-masse make a superb sight in the hedgerows through April to early May when there is little other colour.

The leaves, which emerge after the flowers, are dark green in colour but turn a deep red in the autumn. The fruits - small hard cherries that germinate freely - are edible but rather bitter yet they are the ancestor of our cultivated cherry.

This is the tree on which many of the cultivated varieties of Flowering Cherry used to be grafted. It also suckers freely so it is important to remove any branches or shoots that may emerge from the root-stock of such grafted trees.