Hawthorns Hall was a unique part of Keele Life - that short walk to campus made it a world apart with its own culture and vibe.

A Hawthorns Farewell was held on Saturday 14 October 2017 and over 350 Thorners came "home" to celebrate Hawthorns' life. A big thank you to Simon Hickie (1977) for creating this gallery of photos of every corner of Hawthorns for posterity and for the archives.

"This is rather a nice little video. I never lived there myself, but obviously, I knew a number of people who did. The place looks very similar to how it did in the 1970s!"

"No 'C' Block, pity, all the best people lived there." 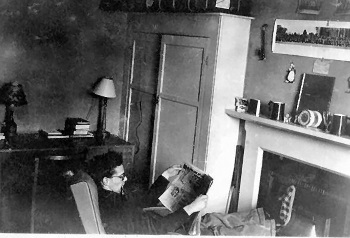 In December 2017, Hawthorns Hall of residence at Keele University ("Thorns") closed - and with it over sixty years of history of resident students in the village. It all began in 1951 when the University bought the big white Hawthorns House and its grounds to accommodate twelve men students who could not be squeezed into the wartime army huts that comprised the new University’s first residences.

‌Hawthorns was soon extended as a more permanent site. Five brick blocks were erected and large parts of the old white house converted into student study bedrooms. Those early students, all-male, lived under the benign regime of founding lecturer and warden, Paul Rolo. The Thorns hosted playing fields for the first three years; the old changing rooms and showers, located in the basement of the white house, survive to this day. In many ways, the village welcomed this development. Local women got jobs as cleaners; the pub and shop new customers; the parish church additions to their congregation. Others found the arrival of students irksome but came to accept their new neighbours. 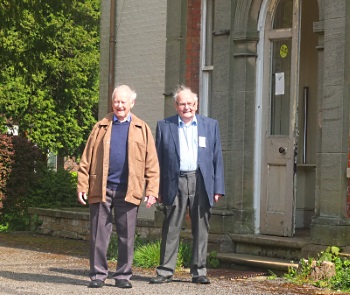 "We were a mixed bunch, some straight from school at 18 and some following two years National Service. In the early days, we shared rooms and in one case there were four to a room, eased later on to two to a room. Initially none had bicycles, but soon acquired one since the walk to Keele Hall for meals involved a walk of over a mile. Later on, a lift to the College in the morning could be obtained on the back of a lorry driven by the husband of the lady who was in charge of domestic affairs at the Hawthorns. None of the students were obvious academics, although some were evidently keen on Left Wing politics, one, John Golding, eventually becoming a Labour MP. In addition to the Students’ rooms equipped with gas fires (free) there was a large kitchen with a gas oven, a laundry room and a well upholstered communal lounge which mostly served as a Listening Room on Sunday afternoons. The Hawthorns itself was placed in a large garden with a walkway through a Rhododendron Tunnel to the Sneyd Arms at the top of Keele Village."

Photo above: Return of the "Originals" - Keith Clement and John Groom visited the Hawthorns again in 2016

All this changed in the early 1960s. A new Hall of Residence with many blocks was built on the site and an extensive general block provided both a refectory and many rooms for student use; there was even a sewing room and a full sized billiard room. This new complex was presided over by Iolo Roberts and Eileen Lake. The student blocks were strictly separated by gender with men in blocks A to F and the women in the blocks behind. The mid-1960s saw the great student protests against the “hours rules” where male and female were segregated overnight in observance of the current age of majority of 21; a rule more honoured in the breach than in the observance. 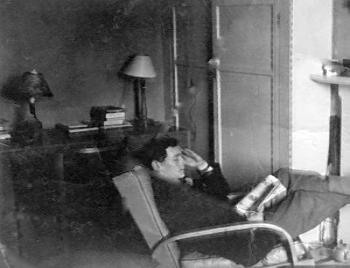 "In 1970 five more blocks of four-bed flats were added to the site. These were very popular because they fell outside of the usual restrictions and provided accommodation for 48 weeks of the year. So Thorns headed a revolution in student living. For that year I acted as liaison officer between the students and the university.By 1970 there were 580 student rooms on the site, more than doubling the population of the village. Surprisingly, there was very little friction between village and students, partly because the new blocks and the refectory provided work for locals and partly because the students brought even more customers to pub and shop.

In 1976 I returned to the Thorns, first as a Resident Tutor and later as Assistant Warden. The Thorns was now run by Carole Holder. She was a bonne viveur, a cook of distinction, and a prolific party-giver at which Thorns students mingled with some of the great and the good of the University and beyond. She did more than anyone I knew to bring staff and students together. Part of Carole’s policy was to make the General Block a welcoming social space for students. Thorns Balls were legendary and came to rival the Union's Balls for the quality of the bands and the cheapness of the tickets. They had themes and Thorns' students loved to dress-up! The Thorns Bar also ran a regular disco and attendance was high. My memory of these years is of a constant stream of social events.

Photo below: Another view of Hawthorns House in the 1950s 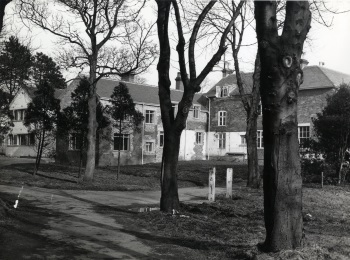 In those days before mobile phones students relied on public pay phones to stay in contact with their families. The University provided one pay phone in the General Block and two outside the Flats. degree results were published on the Hall notice-boards. However, the night before we Wardens were told who had failed. It was our task to warn those failures in advance. It was widely known that was my task and every trip to Block or Flat was closely monitored. The student concerned was seldom surprised.

I left the Thorns in 1987 after ten years’ service feeling I had done as much as I could. For me, the Thorns was a special place and exemplified our founder's ideal that Keele students should pursue knowledge in the company of friends. And, of course, these friendships and memories last a life time."