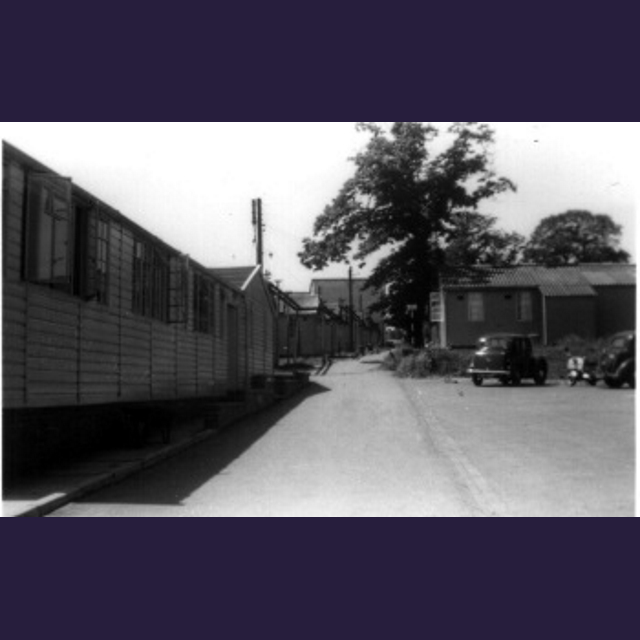 Coming straight from school, I was not certain what to expect from life at Keele. When in the first week my bike was put on to the heating pipes that ran across the front of the huts some 8 to 10 feet above the ground I realised that trickery and mischief were going to be part of everyday life. On one occasion I returned from a football match to find that the rugby lads had been to Leicester and left me a souvenir – a 6x3 foot notice board under my blankets. It read “Wyggeston Grammar School for Boys”. Locked doors never seem to deter jokers. Another time on my return from a match my room was empty except for a loo brush in the corner. All my furniture was neatly set out in the washroom in an exact form. Clearly a team effort! In our first year my fellow Yorkshireman Geoff Dykes and myself usually gave a good account of ourselves in defending our end room from occasional attack by hut mates John “Tex” Cooper, Johnny Chambers and others. We found that cycle pumps could be very effective as water pistols and kept an array of water-filled jam jars in the wardrobe as a precaution. Alan Tipper was another hut mate who was at times on the receiving end. We once removed the nuts and bolts attaching the legs to his bed assuming it would collapse sometime in the middle of the night. It didn’t. It only fell when we tested its stability next day with the slightest of nudges. It’s still a mystery how it stayed up as he slept. I wish I could apologise to Johnny Chambers for twice disrupting his bathroom ablutions. He may well have suspected, of course. On one occasion Geoff and I put a 2d “banger” in the outside drain and blew out the bath plug plus the gunge from the trap – very messy. A variation of the firework trick was to wire a “banger” to the light socket so that when an unsuspecting student came in and switched on the light there would be an almighty flash and bang. Although I never tried this, I did adapt it some years later on several occasions to produce the authentic sound of a gun for a drama group – the bang was on cue every time at the flick of a switch – and further proof if such were needed that Keele prepares its alumni for even the most unusual eventualities!