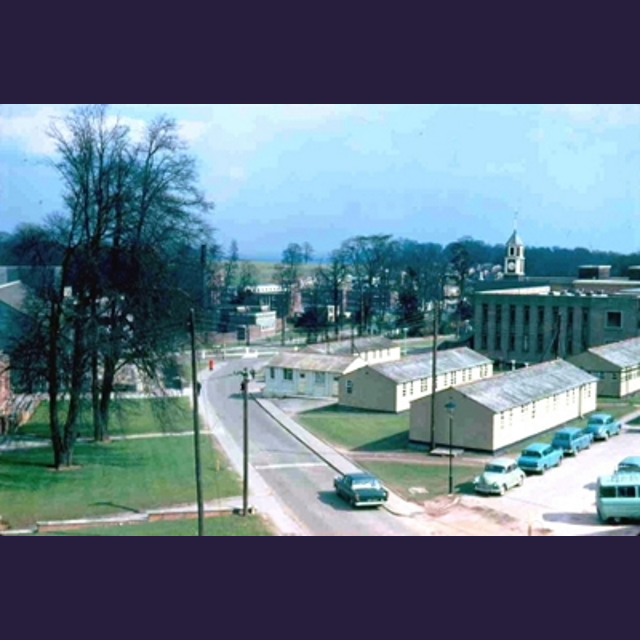 My first feeling on entering Keele was one of freedom and opportunity. The second thing I greatly appreciated was that the accommodation was so very comfortable. Talk of ‘pioneers’ and ‘huts’ give the impression of rugged discomfort. Far from it! At home, there had been ice on the inside of my windows on a winter’s morning and I had had to put my clothes in my bed to get them warm and kill the dampness. Here at Keele, we luxuriated in the delight of Central Heating - then very rare – and unlimited supplies of hot water so that you could have a bath every day! The huts were long rectangular buildings with two large spaces at each end and four smaller rooms along the adjoining corridor. One end space formed the bathroom(s) and kitchen. Of the other rooms, two were double bedsits occupied by Freshers or PI students, the other three were single rooms for P2 and P3s. The object of this – which was triumphantly achieved - was to ensure a mix between years and subjects. I spent my first three years in the huts. In my final year, I was promoted to the newly constructed U-shaped Horwood Hall block across the road from the RAF hut near Keele Hall. I lived on the second floor left with mates like Peter ‘Tub’ Read, Kit Peck, Leo Lawrence, Dave Pollitt, John Hughes, Tony Fineman and the musically and romantically talented George Hurdley.