The University College of North Staffordshire at Keele was established in 1949 and welcomed its founding staff and the first intake of 157 pioneering students in October 1950. 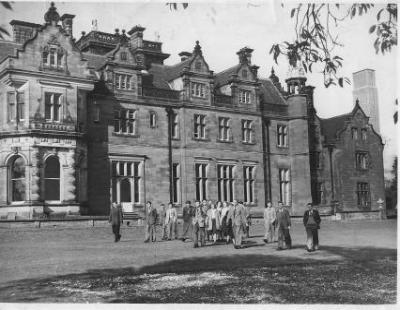 Keele was founded with a unique approach to interdisciplinary scholarship and campus community. By 1969 Keele was being described as: "The most original innovation in British university education in the 20th century". How did Keele earn this accolade? The answer lies with the Pioneer staff and students who laid the foundations for the award of the Royal Charter as the University of Keele in 1962.

"First Decade" is an audio-visual account of Keele during the earliest years with contemporary photographs, music and narrative. It was produced by a team of volunteer alumni and students for the Keele Oral History Project: a history "by alumni for alumni". It was launched in 2010 to celebrate the Diamond Anniversary of the opening of the University College of North Staffordshire.

Photo: some of the very first students explore the Hall on Keele's very first day 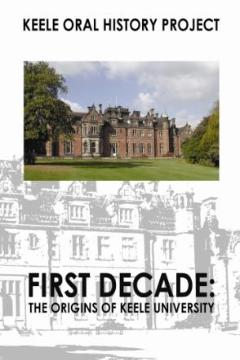 DVD "First Decade: The Origins of Keele Unviersity, 1949-1962". An audio-visual account of Keele students’ early years with contemporary photographs, music and narrative.
CD "In Our Own Words": Brian Walker looks back through interviews recorded with Pioneer alumni between 2006 and 2009.

Bonus CD "The Keele Experiment 1947-1972": was produced in 1972 by Gerry Northam and David Harding, and features original staff members and contemporary students.

"I congratulate all those involved, on the excellent discs that I recently received about the pioneering days at Keele. The whole collection represents a true picture of the place as I remember it and as it was set up to achieve the wonderful results that those early years provided. I think that the records work extremely well with John Kolbert's masterly work on the First Fifty Years. Between them they present an accurate picture of that evolving Institution. It is now a different place - but it is still unique."