Keele was founded to pursue a unique approach to interdisciplinary scholarship and as a model campus community. The experiment came of age in 1962 with the award of the University's Royal Charter. The 1960s was a decade of radical change in the world and in society. Keele changed too but in 1973 the keystone of the unique Keele experiment - the Foundation Year - ceased to be an obligatory part of the Keele undergraduate experience and Keele was forced to explore a different future. The story of the University's coming of age is told in this history of Keele "by alumni for alumni" beginning in the first decade 1949-1961. 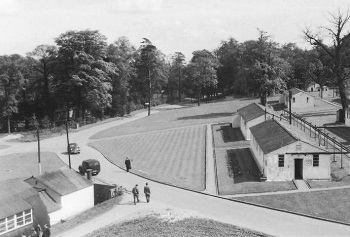 "A Coming of Age" has copyright restrictions for only 1,000 copies to be produced. These have now been distributed free of charge to Keele alumni and it is now unavailable. We thank all those who have already made gifts and especially the Golden Graduate whose generous gift will cover the production costs of "A Coming of Age". We show "A Coming of Age" at reunions and other occasions. We also thank the many alumni volunteers who acted as advisers, especially: Malcolm Clarke (1969), Phil Davies (1971), Ilze Mason (Ulmanis) (1972) and Brian Stewart (1972). Many alumni and staff members have contributed interviews to the Keele Oral History Project.

Photo: Occupation of the Registry by Peter Houchin (1972)