Officers of the Athletic Union

Every day students walk past the Brian Stokes memorial by the Chancellor's Building, and perhaps wonder, "Who was Brian Stokes?" 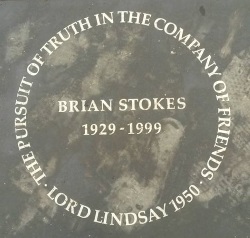 Brian Stokes (1929-1999) was a Founding Graduate of the Class of 1954 - one of 157 students who first crossed Keele's threshold in 1950. He was the founding President of the Athletic Union and a founder member of the Keele Society, which represents all Keele alumni. He had a distinguished career but we remember him most for his lifelong service to Keele, including many years as a member of the University Council.

The very first match of the Keele Soccer First XI was University College of North Staffordshire versus Birmingham (away as Keele had no pitch) in October 1950. 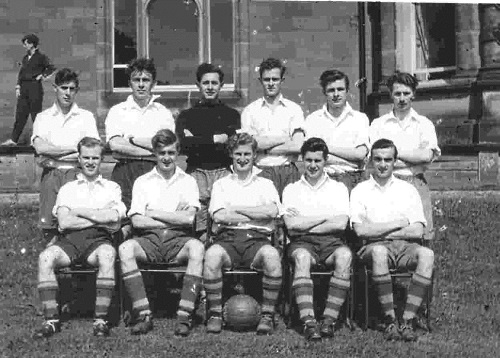 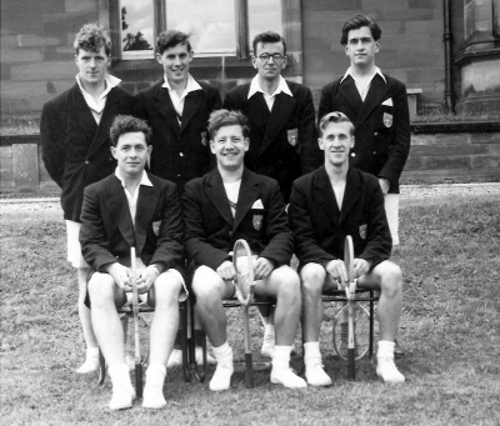 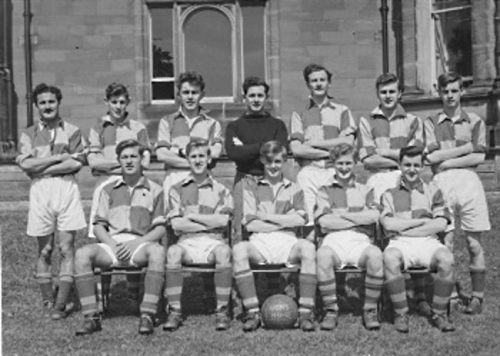 Brian Hopkins (1955), played for Keele University before joining Port Vale as an amateur in August 1957. He made his debut in a 6-1 home win over Aldershot on 21 December 1957 and got his second game in a 1-0 defeat at Coventry City on Christmas day of that year. He never played for the Vale again and was transferred to Burton Albion FC in March 1958.

Keele Boxers with their inspirational coach Sam Pearson (a professional boxer in the 1930s). Among the students are Phil Edmondson (1959), Mike Steele (1958) and Terry Prince (1958). At 6'5" Sam Pearson was known as a gentle giant; he had fought bouts with Primo Carnera and later became Chair of the North Staffordshire and South Cheshire Ex-Boxers Association. 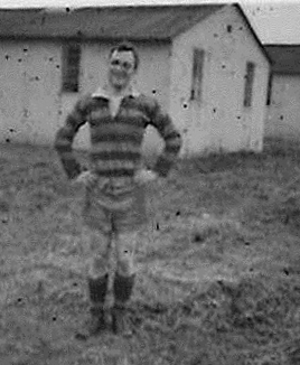 Photo right: This photo must be one of the earliest of a Keele rugby shirt. This is Ron Decker (1954), an American exchange student to Keele from Swarthmore, 1953-1954. I wonder whether he attempted a forward pass?

The First Meeting of the AU 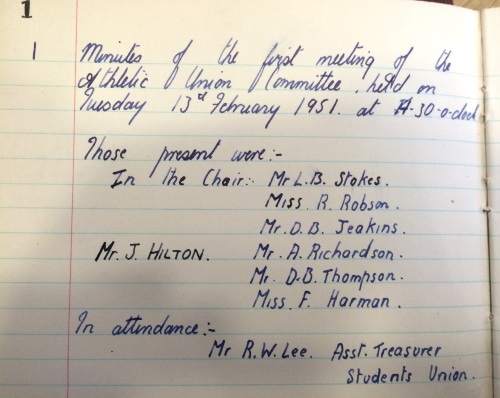