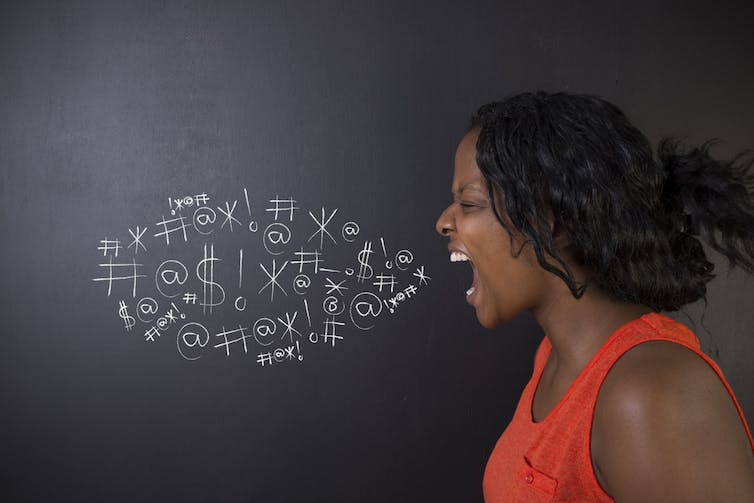 Swear words have many functions. They can be used for emphasis, for comedic effect, as a shared linguistic tool that strengthens social bonds and maintains relationships, or simply to cause offence and shock.

They are words that can be emotionally electrifying. We can express utter horror, disdain, or just frustration through the utterance of a simple four-letter word (or several). But swearing isn’t always associated with negative emotions or unpleasant events.

A study by Emma Byrne investigated how swearing on Twitter was used by fans at football games. It was, at least for those supporters, a way of succinctly and eloquently describing their experiences and personal stories.

When swearing in tweets, football fans rarely swore about an opposing team or match officials. Swearing was reserved for celebrating the dizzying triumphs or lamenting the failures of their own team. It allowed the users to intensify their positive (“fucking beauty”) or negative (“fucking painful”) thoughts and feelings.

Byrne and her colleagues found that when swearing, the authors of the tweets implicitly assumed that their readers shared and understood their context and associated feelings.

Her subsequent book concluded that swearing is actually good for you. It expresses our emotions, and makes us feel better. And as one well known experiment showed, in certain situations, swearing can even reduce pain.

Read More: Swearing can help you boost your physical performance

For the experiment, (English speaking) participants were asked to submerge a hand in ice-cold water for as long as they could bear, with some repeating a swearword as they did so, while others uttered a neutral word instead. The swearers were able to keep their hand in the icy water for longer – 44 seconds more for males, 37 seconds more for females – and reported feeling less pain than those who did not swear.

As a student at a Japanese university in 2012, when I read about the experiment I wanted to investigate whether this would translate with native Japanese speakers. I knew that my Japanese friends didn’t have the same relationship with swearwords as I did in my mother tongue.

Japanese culture values honour and respect highly – an idea which is mirrored in their language. But it is a language which is rife with colourful and creative ways to impart emphasis or insult.

Context, such as whether the person you are speaking to has higher or lower social standing than yourself, dictates the nouns and verbs used. Choosing a word that is inappropriate for the social context can have a greater impact than the actual words used when being profane. While this isn’t an equivalence of swear words in English, swearing in Japanese is just as offensive as swearing anywhere else in the world.

In British culture, swearing in response to pain – like when you stub your toe – is common behaviour. In Japanese culture, however, it would be completely out of place. Instead, Japanese people use onomatopoeia to describe and express their pain. For example, “Zuki-zuki” describes a moderate-to-severe throbbing pain and is often used to describe pain associated with migraines. By comparing the effects of swearing in response to pain in native English and Japanese speakers, I was able to investigate how the associated pain relief occurs. 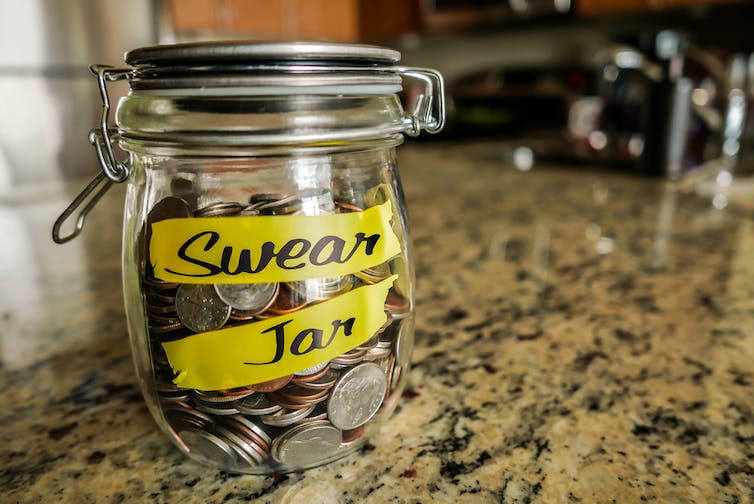 As in the original, for my experiment native Japanese and British English speakers were asked to submerge a hand in ice-cold water for as long as possible. Half of the participants were asked to repeat the word “cup” in their respective language. The other half were asked to swear repeatedly.

English speakers were asked to say “fuck”, while the Japanese speakers repeated the word “kuso” – a word for faecal matter. “Kuso” is not a swear word in itself – it is not censored on TV and it would not be unusual for a child to use it. But it is a word that would be entirely inappropriate for an adult to say in front of a scientist they don’t know in a laboratory. It would be as socially taboo as saying the f-word.

This suggests that swearing is more than a social tool we can use to offend, be profane or express our emotions. It’s a powerful and timeless tool that can actually change our experiences of pain. A tool which transcends culture, a tool rooted in our biology.

Swearing in Japanese may follow slightly different rules to swearing in English. But regardless of cultural background, swearing may be beneficial to us all when we are in pain.