Why you can't explain the Iraq War without mentioning oil 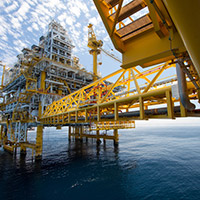 Well before the US and UK led the invasion of Iraq, the two countries were under suspicion about their intentions for Iraq’s oil. When asked on February 6 2003 in a BBC Newsnight programme whether the war in Iraq was about oil, Tony Blair responded:

Let me just deal with the oil thing … the oil conspiracy theory is honestly one of the most absurd when you analyse it. The fact is that, if the oil that Iraq has were our concern, I mean we could probably cut a deal with Saddam tomorrow in relation to the oil. It’s not the oil that is the issue, it is the weapons.

But then again, the commander of the USCENTCOM during the Iraq War, General John Abizaid, came to see things rather differently: “Of course [the Iraq war] is about oil, we can’t deny that.”

So what part did oil really play in the Iraq War? Various members of the US and UK administrations have provided evidence that Iraq’s rich oil reserves were a major Anglo-American interest in the Middle East, and control of Iraq’s reserves was always going to be a huge gain for US and British oil corporations.

But reducing the war in Iraq to this motive alone would be too simplistic, and as the Chilcot Report makes plain, the explanations for the war are highly complex. Still, some factors are more significant than others.

Oil does appear to be one of the central ones, if not in the way that most observers suggest – that is, to guarantee an open flow of Iraqi oil to the US and British economies. Instead, we should think of the oil imperative as part of a much more complex system of factors that drove the 2003 invasion.

The US’s global hegemony – its capacity as a great power to get other states to support its geopolitical and economic goals – depends on a highly contingent and transitory set of circumstances. Since the late 1940s, Middle Eastern oil has only become more vital for maintaining the US’s global supremacy, and in a more complex way than just a simple grab of oil reserves.

Above all, oil is part of a general strategy to maintain and exercise global power, and it’s a central part of the US-centred global system. Middle Eastern oil has played a central role in the rise and continuation of the supremacy of the US and its close allies, arguably the central geopolitical story of our times.

If a hegemonic power wants to impose its political and economic authority over a region, it doesn’t do it by mere fiat, but by serving and balancing the interests of its allies and clients. The economies of various US allies, among them Japan and the countries of Western Europe, are to various extents dependent on oil imports; the US’s Middle East clients, the oil monarchies, require American protection and support.

The US has accordingly consolidated its strategically dominant position in the Middle East by effectively controlling the “global oil spigot”. This is also an effective way to ward off any competition for the top position in this inter-state hierarchy, as all the US’s competitors are heavily dependent on Middle East oil – in particular China.

The question of US influence over oil-rich countries in the Middle East has become increasingly important after World War II. The so-called Carter Doctrine sums up this development perfectly:

Let our position be absolutely clear: An attempt by any outside force to gain control of the Persian Gulf region will be regarded as an assault on the vital interests of the United States of America, and such an assault will be repelled by any means necessary, including military force.

Three and a half decades on, the Middle East’s oil remains one of the central pillars of world politics, to ensure, with the use of violence if necessary, that Middle Eastern oil remains accessible, free-flowing, cheap, and firmly under US control.

Since the end of the Cold War, the US has waged several ground and air wars in the region – two in Iraq, one in Afghanistan, and one in Libya – and is currently threatening more. Each conflict has of course its own specific objectives, but there is a common denominator: the need to keep the oil of the region free-flowing, inexpensive, and under the firm control of the US and its friends.

American strategists don’t simply want to obtain oil. If you have money, that’s easy. They also want to eliminate all potential competitors, safeguarding the region politically and militarily so that the flow of oil from the Middle East to world markets remains under their direct control.

As for Britain, which enthusiastically supported the US-led war in Iraq in sharp contrast to most of the US’s European allies, the partnership with the US wasn’t simply a manoeuvre for influence on the global stage, and nor was it the fruit of imperial delusion. Britain also had a clear material interest in being awarded a share of the spoils in the form of trade, contracts, and access to markets and natural resources.

This is not a matter of supposition or conjecture. In October 2002, five months before the invasion of Iraq, the then-trade minister, Baroness Symons, told BP executives that the British government was working to secure a good share of Iraq’s oil and gas reserves for British energy corporations as a reward for Blair’s strong military commitment to US operations for regime change in Iraq.

Confidential minutes released as a result of Freedom of Information request by Greg Muttitt, (co-director of the campaign group Platform), reveal that in several meetings with BP and Shell executives detailed plans were drafted by British government to exploit oil opportunities in post-Saddam Iraq.

Many view all this as evidence of a conspiracy, but that is reductive. These events are part of a larger balance of global economic and political mechanisms – a tangle of political and economic interests coverging under the rubric of “regime change”.

Vested interests representing energy, weapons and influential segments of the media and communications industries are entrenched in key sectors of Western governments. These interests are concerned with maintaining their privileged position, and key elements of the US and British elite respond directly.

This was not a conspiracy; it was simply business as usual.