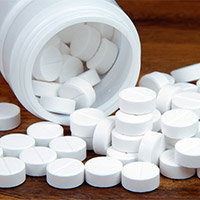 Mystery shopper findings justify a much-needed change to protect consumers from careless selling of over-the-counter medications on a wide scale across the UK.

An investigation in the north Midlands has revealed that stores across the UK could be selling larger than recommended amounts of aspirin and paracetamol – sparking calls for new laws.

The stores targeted included large national chain stores, bargain stores, independent shops and newsagents in Newcastle-under-Lyme and Keele; Stoke-on-Trent and Hanley; Stafford and Stone in Staffordshire; and Shrewsbury in Shropshire.

The evidence collected from nationwide chains has led to fears that the situation is the same across the UK, and the study is to be published in the prestigious journal BMJ Open - an extremely rare occurrence for a report where the lead author is still a student.

Phill Molloy, who led the study, said: “Mystery shopper findings justify a much-needed change to protect consumers from careless selling of over-the-counter medications on a wide scale across the UK. We need tougher regulation of stores breaching guidelines and legal limits on the maximum quantity of paracetamol or aspirin sold in one transaction.

“Such widespread failure compromises public safety resulting from the apparent lack of retail store staff education, poor fail-safe systems at checkouts and limited information given to customers on packaging and by sales staff.”

Painkiller pack sizes were restricted to 16 tablets in 1998 at non-pharmacy stores after rising overdose rates through the decade suggested people were stockpiling pills and impulsively taking them in moments of crisis or were taking higher than recommended doses while unaware of the dangers. In 2009 legal sales in one transaction were also limited to 100 tablets.

In the first stage of the study, the mystery shoppers targeted 62 stores, attempting to buy 96 or more tablets in a single transaction and an extra item of confectionery.

In the second stage 54 shops were selected and the shoppers were asked to buy two packets of paracetamol, a flu remedy containing paracetamol and a bottle of Lucozade.

The study found that:
•    Some outlets were selling 48 tablets/caplets of paracetamol and encouraging the sale of three packets (3 x 16 tablets) as bargain offers
•    One shopper attempted to buy 96 tablets, and after giving the scripted reason was sold 240 tablets
•    Another was told they could only be sold 32 tablets a day but was advised to return each day until they had enough
•    When a shopper attempted to buy seven packets at a self-service till the supervisor easily overrode the warning message so they were able to buy 112 tablets – an illegal quantity - with no questions asked
•    Two stores suggested putting the sales through in two transactions when the tills automatically blocked bulk purchases

It also revealed that 98 per cent (53/54) were willing to sell a packet of paracetamol and a flu remedy containing the painkiller without alerting the customer that both had the ingredient, with 57 per cent willing to sell two packets of paracetamol with the remedy, thus breaking MHRA (Medicines and Health products Regulatory Agency) guidelines.

Dr Chambers said: "The mystery shopping exercise in Shropshire and Staffordshire has shown that it is common for many shops to sell a customer more than the amount recommended in national guidance in one transaction.

"That the esteemed national BMJ Open journal is publishing the results of the study shows how well the mystery shopping exercise was undertaken by the medical students from Keele University - and how important the findings are."

The report recommends that there should be a new law making it illegal to sell more than 32 paracetamol at non-pharmacy counters and that they should not be allowed to sell paracetamol and medications containing paracetamol in conjunction with one another.

Till systems should also be programmed to prevent these sales being made and medications should be moved away from ‘everyday value’ signs, bulk-buy offers and other regular purchases such as beauty products, it adds.