Referendum on UK membership in the European Union 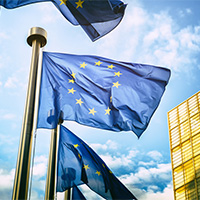 On June 23rd, British voters will determine in a referendum whether the United Kingdom remains a member state of the European Union.

, Professor of European Politics, comments on the upcoming referendum:​

"The last time such a decision occurred was in 1975; at that time voters were simply asked whether the UK should remain in the then named European Economic Community (known informally as the Common Market). In the upcoming referendum the question asks explicitly whether the UK should remain in the EU or leave the EU, thereby providing a more balanced choice (according to the Electoral Commission).

Reasons for leaving the EU range from political, e.g. ‘re-gaining sovereignty’ and removing the supremacy of EU law over national legislation, to policy development, e.g. removing the EU as a source of legally-binding regulations in a wide array of domestic policy, to trade and business, e.g. allowing greater freedom for the UK to build free trade deals with any country it seeks. Arguments for the UK remaining in the EU essentially come down to a cost-benefit analysis, i.e. overall the UK benefits more from EU membership than the costs incurred, most of which the ‘leave the EU’ side, as listed above, find intolerable. The ‘remain in EU’ justification argues that UK ‘soft power’ is enhanced in global affairs by EU membership; that the terms of trade between the UK and the EU may still subject the UK to the very regulations that British business and politicians want to eradicate by leaving the EU; and finally, that the notion of a completely free, or sovereign, UK in international politics, economics and security is wishful thinking. The deal that David Cameron negotiated with the EU makes some change in the UK-EU relationship, but does not appear to fundamentally alter the leave and remain arguments, which also, with some exceptions, reflects a general left versus right partisan divide in British politics.

The ‘remain in’ or ‘leave’ the EU arguments are further complicated by the hypothetical nature of the consequences of each decision. No member state has withdrawn from the EU, so although a mechanism to do so exists the details of actual disengagement may take time to sort out. Further, the ‘leave’ campaign posits an absolute freedom of the UK to make trade deals with countries around the world, as if potential trade partners would sign deals favourable to the UK. This is the basis of claims that outside of the EU, the UK could simply sign a free trade-only agreement with the EU as if none of the non-tariff issues of product and labour legislation would pertain. For the ‘remain’ campaign, especially the Cameron-led Conservative campaign, remaining in the EU enhances UK ‘soft power’ by belonging to the biggest market economy in the world and by the interwoven nature of foreign policies vis-à-vis Russia and other conflict areas in the world. However, although most other member states have stated their desire for the UK to remain in the EU, the demands by Cameron for what is seen as ‘special treatment’ could also weaken or marginalise the UK in the various decision-making forums of the EU, positioning the UK on the periphery of the EU if various member states do indeed pursue further integration over the coming years."