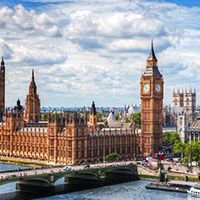 Despite winning a resounding victory in the 2015 general election, and facing an opposition widely thought to be in meltdown, Britain’s Conservative government is hardly having an easy time.

It isn’t necessarily to blame. The dominance of the executive has declined in recent years in the face of devolution, rebellious backbenchers, and an increasingly assertive House of Lords. Many decisions are heavily influenced by Europe and voters are finding new ways to register their discontent when they oppose a government line – be it through online protest or public mobilisation.

And yet the government often gives the impression of not recognising these constraints. It has, over the past year in particular, announced various controversial policies that have rapidly unravelled in the face of opposition.

The list of reversals is impressive. Since its surprise victory last May, the government has had to change course on tax credits, child refugees and trade union reforms. George Osborne’s announcement in March’s Budget that all schools would be required to become academies has also already been subject to significant modification.

So there are grounds for believing that some of the announcements made by the Queen in her speech to set the legislative agenda for the forthcoming parliament will undergo significant modification before actually becoming law.

Just days before the Queen opened parliament, the Institute for Government urged the government to recognise the constraints of implementing the more radical parts of its agenda and modify its ambitions.

Does this mean that the Queen’s Speech is just another antiquated piece of parliamentary theatre which we can safely ignore? I believe not. The speech is still a shop window for governments to give a signal of their priorities to the general public.

In the context of the EU referendum, the plan to consult on drawing up a British bill of rights to replace the Human Rights Act is significant, for example.

During the early years of the coalition government, a group of largely eurosceptic backbench MPs sought to pass a pithy bill to reassert British parliamentary sovereignty over the European courts. This ultimately failed.

The Conservatives have long discussed the possibility of withdrawing from the European Convention on Human Rights (ECHR) but such a bold step was rejected by Cameron last summer. This was in part, it seems, because of the complexities of the UK’s system of devolution.

The decision to offer up the reform as a consultation suggests that Cameron’s government has, in this area at least, learned that such a bill will be complex to draft and so it needs to develop something that will not be unpicked easily.

The need for such a bill will clearly be defined by the result of the EU referendum on June 23. If Britain votes for Brexit, it would, in the long term, be unnecessary. However, the bill is an important means of binding a divided Tory party together, although for many eurosceptic MPs it is unlikely to be sufficient to satisfy all their concerns.

Elsewhere in the speech, we heard about measures to tackle extremism, which occupied a central place this year, as they often have in recent years. We also heard again about devolving responsibilities to local authorities. There will be higher tuition fees and more opportunities for private universities to enter the market.

In addition to these familiar themes, more socially-focused policies are included, such as a Help to Save scheme, reforms to the prison system, speeding-up adoption and improving social care outcomes. The government clearly wants to signal that it is not just an austerity government and can offer opportunities for social mobility. The measures outlined, however, only nibble at the edges of the broader challenges of poverty and social inequality in Britain.

Overall, the Queen’s Speech offers the usual mix of the old, the (relatively) new, the borrowed and the blue. However, the extent to which these proposals will make it through the parliamentary process in any recognisable form remains an open question.

By Philip Catney, Senior Lecturer in Politics at Keele University