Modern treatment of heart disease; can we do it better? 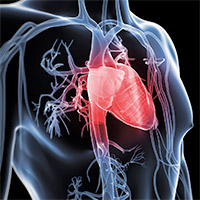 Professor Jim Nolan will give the next lecture in Keele University's programme of Inaugural Professorial Lectures 2015-16, on Tuesday, 16 February 2016, in the Westminster Theatre, Chancellor's Building, on the University campus. The title of his lecture is: "Modern treatment of heart disease; can we do it better?".

The lecture will look at two areas; firstly, the studies Professor Nolan has performed evaluating cardiac function in patients with heart failure and their use in identifying patients at risk of early death will be described.  Secondly, the role and evolution of access site practice in relation to treating diseased coronary arteries by coronary angioplasty will be discussed. An extensive programme of research into the value of radial over femoral access has improved patient safety.  Combined with education and training initiations this has changed national angioplasty practice, improving procedural outcomes, benefiting patients, and saving money for the NHS.

Jim Nolan qualified from Leeds University in 1983.  He trained in cardiology in London, Edinburgh and Amsterdam, taking up his current post as a consultant interventional cardiologist in 1998.  He carried out research into chronic heart failure, and was awarded his MD in 1996.  During his appointment in Amsterdam he was trained in novel techniques that facilitate safer coronary intervention procedures.  He has had a major role in research education and training into this new technique, and as a result of his academic and educational initiatives UK practice has evolved into a new model of coronary intervention.

This lecture is free and open to all.