Belgian Paralympic athlete Marieke Vervoort, who won a silver medal in the T52 400 metre event at the 2016 Rio games, recently disclosed that she likely would already have attempted suicide if she had not been able to legally plan to undergo euthanasia. Instead, she has gone on to become a medal-winning athlete.

She said at a recent press conference:

I am more busy with Buddhism and feeling Zen. When I didn’t have those papers, I would have committed suicide. I hope other countries like Brazil can talk about it. It makes people live longer. It doesn’t mean that when people sign the papers, they have to die two weeks later. I signed my papers in 2008. Look now, 2016 and I won the silver medal.

Vervoort’s disclosure highlighted an interesting aspect of the moral and legal debate around euthanasia: whether anyone ought to have the right to request to be killed. It also helps to dispel certain myths about how and why someone may choose euthanasia.

Regardless of whether or not euthanasia should be legal (it is in Vervoort’s home country of Belgium), arguments as to the morality of voluntary euthanasia primarily revolve around two questions: whether actively shortening or ending someone’s life could ever be in their best interests, and to what extent we should respect the autonomy of an individual to make choices about their own life.

Some prominent opponents of euthanasia argue that a person’s life is inviolable and of value regardless of the level of disability, pain or suffering. This means that intentionally killing them can never be justified.

Supporters of euthanasia reject this, claiming that it unfairly imposes one person’s views about the value of life on another. Instead, they prefer to consider quality of life, supporting the right of an individual to determine whether their own life still has value to them and to choose the time and manner of their own death accordingly.

The reaction of opponents, however, is to question whether those seeking it are able to rationally make this choice. The thought is that anyone requesting euthanasia is likely to have their ability to make a rational judgement impaired by pain, emotional turmoil, depression or existential anguish. Alternatively, they may be unaware of the options available to them for effective care. On these grounds, the argument goes, euthanasia cannot be justified because the person requesting it cannot make a truly autonomous, rational decision.

This sort of view might hold for some cases – when a person is extremely near to death or suffering from impaired capacity – but it seems extremely unlikely that it could always be the case. The sort of pre-planning that Vervoort, who has a rare progressive muscle condition, has undertaken is a good indication that this challenge to the rational state of someone requesting euthanasia may be very wide of the mark. She signed her euthanasia papers in 2008 and appears to see it as a deeply positive thing.

Vervoort appears to be anything but incapable of rational judgement, and in her case, it was a protracted process to get the papers, too. She added at the press conference:

It is really difficult to get those papers. You have to see different doctors for them to see that you have a progressive disease or a mental disease. You need three different signatures from doctors and to talk with a psychiatrist to see if it is really what you want.

One of the crucial features of making a judgement in such a case is that not only is it an entirely voluntary and competent wish but that it also has a continuous or enduring basis – that it is not spur of the moment but rather a decision that has been deliberated and reflected upon. Vervoort’s decision appears to be just that.

We should also consider the reasons and circumstances behind Vervoort’s decision. She has an incurable, degenerative condition that causes great pain. She knows that it will continue to develop in such a way as to incapacitate her, potentially leaving her incapable of ending her own life should she find that she wishes to do so. Many seeking euthanasia are in a similar situation. 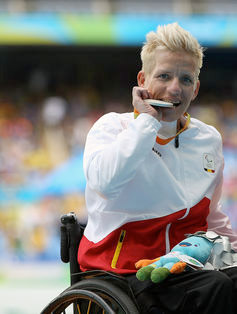 Far from being a cutting short of her life, the option of euthanasia is, for Vervoort, a means of extending her life in such a way as to avoid the need for suicide while she is still capable of acting without assistance from another. At the same time, the safeguards in place through the formalised legal system in Belgium that permit euthanasia allow her to maintain the vitally important opportunity to rescind the request at any time and for any reason prior to it.

This should not encourage or suggest that individuals should seek euthanasia or to end their own life, but Vervoort’s situation does illustrate how some people can be living an extremely full and successful life and yet still rationally want to choose euthanasia as a way to ensure that they maintain control.