End of the road for Lariam? The malaria drug soldiers claim increases psychosis. 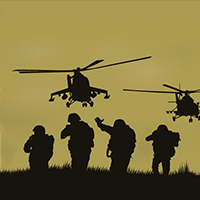 The British army has long used Lariam tablets as the anti-malarial drug of choice for soldiers deployed in certain areas where they may be at risk from parasites that cause malaria. But a committee of MPs concluded that it should only be a “drug of last resort” after an investigation into reports of severe side effects including psychosis, depression and anxiety. Their findings, including that the drug should only be prescribed after face-to-face assessments – potentially pave the way for legal action from soldiers who claim to have suffered from use of the drug.

So what is Lariam and why has it caused controversy?

Lariam tablets contain the active ingredient mefloquine that can prevent malaria, which spreads when small parasites are passed from one person to another by the bites of infected mosquitoes. Malaria, an important life-threatening disease of the tropics, is a major health risk for travellers, who are usually asked to follow ABCD guidance: awareness of risk; bite prevention; chemoprophylaxis (malaria tablets to prevent infection); and diagnose promptly and treat without delay. Deployed soldiers are also at risk – more than 800 US soldiers have been diagnosed with malaria since 2005. Mefloquine was initially developed by the US Army in the 1970s and it has been issued to British soldiers since 1993.

The main challenge with preventing malaria is that some species of parasites in certain countries have become resistant to the commonly used drugs such as chloroqine and proguanil. Lariam was developed to overcome such resistance and so was deemed to be useful if travelling to countries where there is a type of malaria that is particularly difficult to treat. But no single medicine is effective against all malaria parasites. The choice of a particular medicine depends on the sensitivity of the malaria parasites found in particular areas.

But Lariam became increasingly controversial. In 2013 the US Food and Drugs Administration (FDA) issued a warning about the drugand called for special wording on labels to say that it may “induce psychiatric symptoms such as anxiety disorders, paranoia, depression, hallucinations and psychosis”. It also stated that these symptoms should be considered the first signs of more serious problems.

The labelling also makes it clear that to minimise the risk of these adverse reactions, mefloquine must not be used for malaria prevention in patients with active, or a history of, psychiatric disturbances such as depression, anxiety or schizophrenia. Guidelines from Roche, the makers of Lariam, have recommended individual assessments of risk.

Large numbers of army personnel have come forward in recent years with complaints of adverse effects – nearly 1,000 British servicemen and women claimed in 2015 to have required psychiatric treatment after taking Lariam. Other reports have included suicidal thoughts and violence.

The potential case against the British Army appears to hinge on the extent to which it took sufficient measures to screen soldiers to check for such signs and symptoms.

In most cases, for holiday or business travel, mefloquine is now considered a drug of last resort, only to be used when the other alternatives such as chloroquine, proguanil and doxycycline or a combination of them would be ineffective in an area where parasites have developed resistance. The drug is no longer used unless as a last resort by the US military. The British army now looks set to do the same – but its slow reaction to increasing concerns about the drug could come at a great cost, as it has for some soldiers.

School of Pharmacy
back
modify