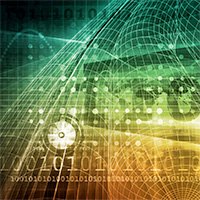 Peter Andras, Professor of Computer Science and Informatics at Keele University, will give the next lecture in Keele's programme of Inaugural Professorial Lectures 2015-16, on Monday, 9 May, 2016, in the Westminster Theatre, Chancellor's Building, on the University campus. The title of his lecture is 'Brains and Software: understanding complex biological and engineered systems'.

Complex systems are everywhere. Consider for example our own nervous system or the software systems running on your computer or the university as a system of social interactions. In this talk Professor Andras will consider nervous systems and software systems and discuss ways of analysing and understanding these systems. The lecture will talk about network analysis applied to large-scale software and also to large-scale neural systems. The neuron level analysis and modelling of neural systems will then be discussed. Finally, Professor Andras will talk about the bridging of these multiple levels of analysis for better understanding of complex systems.

Professor Peter Andras joined the School of Computing and Mathematics at Keele University in July 2014. Previously he worked at Newcastle University, first in the Department of Psychology then in the School of Computing Science. He is Fellow of the Society of Biology, Senior Member of the Institute of Electrical and Electronic Engineers and was member of the Executive Committee of the European Neural Network Society (2004 – 2007). He is co-founder of three university spin-off companies, one of which, e-Therapeutics Plc, entered the stock exchange in 2007 and is one of the leading biotech start-up companies in the UK today.