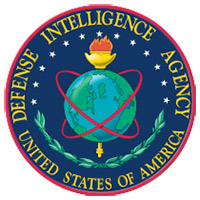 Air Vice Marshall Corbett is the Royal Air Force's senior professional intelligence officer and has commanded joint and single service intelligence organisations at every level, including a tour as the United Kingdom's Chief of Intelligence in Afghanistan. His most recent posting was as the Assistant Chief of Staff (Intelligence), Permanent Joint Headquarters, United Kingdom. He graduated from Keele in 1986 with a degreee in Geography and Biology.

The DDCI is a newly-established rotational flag officer position for "Five Eyes" (FVEY) allies at DIA. The DDCI will act as the DIA Director's senior advisor on all FVEY defense and intelligence issues.  FVEY is an intelligence alliance between the U.S., Canada, United Kingdom, Australia and New Zealand.

The U.S. has increased integration with its FVEY partners during the past decade to better exchange intelligence, assessments, and burden share to enhance collaboration on challenging intelligence issues.