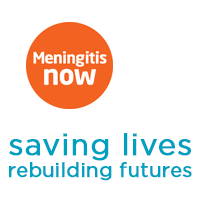 The safety of our students is paramount to us and we will be working with them to ensure they familiarise themselves with the signs and symptoms, get the vaccination and looking out for each other’s safety.”

STUDENTS at Keele University will benefit from lifesaving awareness initiative following a new partnership with the leading UK meningitis charity.

Working in collaboration with Meningitis Now as it launches its inaugural Student Awareness Week (19 – 25 October), Keele University has vowed to join the fight to protect its students against meningococcal W, a particularly virulent strain of the disease by building levels of awareness and encouraging students to get the recently introduced Men ACWY vaccine.

Ian Munton, Head of Student Support & Development at Keele University said: “We’re delighted to be supporting this important initiative and the work done by Meningitis Now to protect our students, especially first years who are particularly vulnerable and may mistake the meningitis symptoms as fresher’s flu.”

A rise in cases of Men W has led to the introduction of the Men ACWY in the UK. The vaccine is free on the NHS for all 17 to 18-year-olds and university fresher’s (aged 19 to 25).

Vaccines do not prevent all types of meningitis therefore knowing identifying meningitis is vital.

Ian continued: “The safety of our students is paramount to us and we will be working with them to ensure they familiarise themselves with the signs and symptoms, get the vaccination and looking out for each other’s safety.”
As part of its awareness week, Meningitis Now will embark on a hard-hitting social media campaign that features young people and university students who have suffered at the hands meningitis, this includes amputations and death experiences. This will be supported by an on-campus poster campaign and the distribution of sign and symptoms cards to all fresher’s. To further support students and young people the charity has launched a dedicated interactive website, www.fightfornow.org.

Mark Hunt, Head of Communications at Meningitis Now said: “It’s important for students to be made aware of the dangers they face from meningitis at uni, especially during their first year when they are most at risk. As a charity we are taking steps to ensure they are receiving the lifesaving information they need which has led to the creation of our new website.

“The site provides an opportunity for young people to interact and share life-saving information. Our young ambassadors have played a key role its creation and will continue to act as a voice for young people across the platform.

“Partnering with Keele University is another huge step in safeguarding students, ensuring that our message is being heard, as well as helping universities support those who have been affected by meningitis.
Awareness and quick response is key to beating meningitis. Early symptoms can be missed or mistaken for something else, including flu or hangovers - especially at the start of term when so many students are suffering from ‘fresher’s’ flu’.

Meningitis Now is the UK’s leading charity working to save lives and rebuild the futures of people affected by meningitis through research, support and awareness.

For further information please contact: Natasha Neal, Communications and Press Officer at Meningitis Now, on 01453 769018, out of hours 07587 554857, or email natashan@meningitisnow.org

• Meningitis is usually caused by bacteria or viruses
• Meningitis is inflammation of the membranes that surround and protect the brain and spinal cord
• Septicaemia is blood poisoning
• Some bacteria that cause meningitis also cause septicaemia
• Meningitis and septicaemia often happen together – it is vital to know all the signs and symptoms
• The early signs and symptoms of meningitis and septicaemia can be similar to ‘flu and include fever, headache, nausea, vomiting and muscle pain.
• The more specific signs and symptoms include fever with cold hands and feet, drowsiness, confusion, pale blotchy skin, stiff neck, dislike of bright lights and a rash which doesn’t fade under pressure.
• In babies, symptoms can also include being floppy and unresponsive, dislike of being handled, rapid breathing, an unusual, moaning cry and a bulging fontanelle (soft spot on the top of the head).
• There are an estimated 3,200 cases of bacterial meningitis and septicaemia each year in the UK.
• Following bacterial meningitis or septicaemia, one in ten people will die and at least a third of survivors will be left with lifelong after-effects such as hearing loss, epilepsy, limb loss or learning difficulties
• Meningitis and septicaemia can affect anyone, of any age, at any time. However, babies and young children are most at risk, and young people between 15 – 24 years are also a higher risk group.
• In the past 20 years, effective vaccines have been developed to give protection against SOME types of meningitis. These are offered to all babies and young children as part of the UK childhood immunisation programme. BUT there are not vaccines to protect against ALL types.
• A vaccine to protect against meningococcal group B (Men B) disease, the most common cause of bacterial meningitis and septicaemia, was introduced into the UK childhood immunisation programme in September 2015.
• If you suspect someone may be ill with meningitis or septicaemia, trust your instincts and get immediate medical help.

With nearly 30 years’ experience, we are working towards a future where no one in the UK loses their life to meningitis and everyone affected gets the support they need to rebuild their lives.