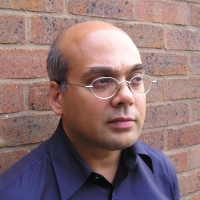 Dr Sohrab Uduman, Reader, Music and Music Technology, has been shortlisted for the 2015 British Composer Awards. His composition Glitschig for bass clarinet and piano was nominated in the Solo and Duo Category.

The awards, presented by the British Academy of Screenwriters, Composers and Authors (BASCA) and sponsored by PRS for Music, promote the art of composition, recognise the creative talent of composers and sound artists, and bring their music to a wider audience.

The full shortlist is now online and winners will be announced at the British Film Institute on Wednesday, 9 December, 2015.