Science without Religion is Lame 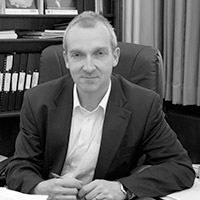 The Debate With Tom McLeish

The debate with Tom McLeish, Professor of Physics, Durham University and Chair of the Royal Society's Education Commitee

Einstein once (in)famously remarked that ‘Religion without science is blind; science without religion is lame’.
Tom McLeish will be joined by Coel Hellier, Professor of Astrophysics at Keele University. These leading physicists, one a Christian, the other an atheist, will launch a conversation where faith meets science.

The debate will be followed by a book signing by Tom McLeish.

BY TICKET ONLY: available at Chancellor's Reception, by calling the Box Office on 01782 734340 or online at http://www.keele.ac.uk/artskeele/whatson/lectures/publiclectures/title,143949,en.php