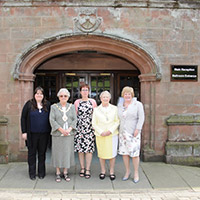 Over the last 20 years, Nursing and Midwifery education has developed from a diploma to all graduate professions in line with other health professions. The School works closely in partnership with NHS local Trusts and other health organisations to ensure students develop knowledge and skills to deliver evidence-based practice, lead compassionate care and make appropriate clinical decisions in a range of care settings.

The School is currently rated nationally as 2nd in England in The Guardian League Tables 2016.