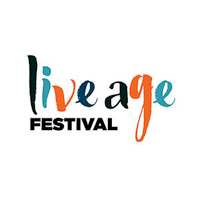 This Autumn Live Age Festival returns for a second year, to celebrate creativity in later life across North Staffordshire for three-days from Thursday 1 – Saturday 3 October 2015. A showcase of creative talent, and opportunities for older people to participate in creative activities, this year’s festival includes music, live theatre and dance, performances by local choirs, creative workshops, film screenings, as well as talks by some of the UK’s leading professionals working with older people in creative settings.

The festival, which starts on October 1st and is led by Keele University , coincides with UK Older People’s Day: a national initiative which aims to raise awareness of the achievements and contributions that older people make to our society and tackle negative attitudes and outdated stereotypes.

This year the festival will take place across North Staffordshire with key venues in Leek at Trinity Church and The Roebuck Hotel, in Hanley at Mitchell Arts Centre and Potteries Museum and Art Gallery, and in Stoke-on-Trent at North Staffordshire Film Theatre.

Starting off the festival is a special performance by The Laners at The Roebuck Hotel. Back from a UK Tour Derek Wheeler, Dave Tarry and Clive Brooks bring their harmonies of English traditional folk and shanties. Joined by the Peace Through Folk Choir, audiences will be able to enjoy a relaxed day of singing and Morris dancing, before an evening concert.

Spoken word poet Leah Thorn performs some of her work including from her ‘Older Women Rock’ project: part of her artist’s residency at the University of Kent and at Canterbury Christchurch University where she has been exploring the impact of sexism and ageism with other women in their sixties.

Workshop highlights include a visit from the Royal Exchange Theatre, Manchester with their ‘Company of Elders’ delivering a special workshop; a Creative Writing workshop and talk inspired by the exhibition Lowry and Berry: Observers of Urban Life, and well as a workshop and performance by the New Vic Ages and Stages company.

This year’s ‘Live Age Symposium’ focuses on ‘Making an Impact’ and explores the differing ways in which creativity can make an impact on older people’s lives; other generations; and through researchers and practitioners working together. Speakers include festival patron and retired MP Joan Walley, who will be joined by Lorna Warren (Sheffield University) and Nicky Taylor (West Yorkshire Playhouse).

Further highlights throughout the festival will include:

On the line up for Live Age Festival, Jill Rezzano, Programming Director, commented: “This year’s festival has grown in ambition, with acclaimed performers, musicians and artists of all ages coming together to showcase their work and to inspire others that creativity can be introduced at any stage in life.”

In addition, the Live Age Festival would not be possible without the contributions and support of a range of organisations and individuals offering their time, expertise, creativity, resources and financial backing to the initiative.

The idea for a festival originated through the activities of a research project called ‘Ages and Stages’: a continuing collaboration between Keele University and the New Vic Theatre which began in 2009. Led by Professor Miriam Bernard, ‘Ages and Stages’ was also linked with a partner project based at the University of Alberta in Edmonton, Canada, where an annual ‘Creative Age Festival’ has been held since 2008. It was our experiences on the ‘Ages and Stages’ projects, combined with two visits to the Canadian festival in 2011 and 2013, which prompted us to scope out the potential for holding such an event in North Staffordshire. As a result, in the spring of 2014, fourteen organisations came together to plan and put on this area’s first ever ‘Live Age Festival’. Held at the Potteries Museum & Art Gallery and the Mitchell Arts Centre on October 1st and 2nd 2014, the festival celebrated continued creativity in later life and showcased the work and talents of local older people, arts organisations and practitioners across Stoke-on-Trent and North Staffordshire.