Life-saving innovation to be unveiled to global experts 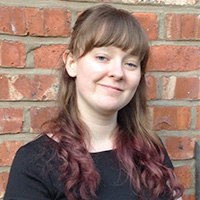 This is a significant breakthrough in the treatment of pulmonary embolisms and builds on ten years’ work at the Trust to look at ways of treating this medical condition.

A new technique developed at the University Hospitals of North Midlands NHS Trust (UHNM) by a Keele University medical sciences student is about to be unveiled to experts from around the world.

Under the supervision of Mr Christopher Satur, Consultant Cardiothoracic Surgeon, and Dr Nick Watson, Consultant Radiologist, fourth year medical science student Rachel Chubsey is currently on a work placement with the Trust as part of her MA with Keele University when she developed an innovative new medical practice.

Working with the Cardiothoracic Surgical Team she became interested in the team’s work in major pulmonary embolism. This life-threatening condition is a blockage in the pulmonary artery and can prevent blood reaching the lungs. Globally, the team has recorded some of the best survival rates following surgery for a major pulmonary embolism that would have otherwise proved fatal.

Rachel has developed a new scoring system to help doctors assess major pulmonary embolisms so they can organise the best course of treatment in a shorter time.

She is now preparing to travel to Edinburgh for the 25th Anniversary Congress of the World Society of Cardiothoracic Surgeons, which takes place from 19th – 22nd September. The 24-year-old student, who is originally from Higher Blackley, Manchester, and now lives in Hartshill, Stoke-on-Trent, will be speaking to an audience of surgeons from around the world.

Rachel said: “To be honest it hasn’t really sunk in yet that I’ll be presenting my idea for a scoring system to world-leading surgeons. I specifically chose to do my placement at UHNM because it offered the chance not to just work in a lab, but also in a clinical setting and meet patients.

Mr Christopher Satur, Consultant Cardiothoracic Surgeon at the Trust, said: “This is a significant breakthrough in the treatment of pulmonary embolisms and builds on ten years’ work at the Trust to look at ways of treating this medical condition.

“Every year we have around 200 patients who have a major pulmonary embolism and it is surprising how many young people it kills.”

The Research and Development Department at the University Hospitals of North Midlands NHS Trust is a dedicated team committed to providing opportunities for the people of Staffordshire to access the latest treatments and innovations.

It is a centre for clinical research trials from around the world offering patients the chance to take part in a number of initiatives. In 2013/2014, it recruited 3,286 patients to take part in trials, both for the public and commercial sectors. Every year the number of trials it takes part in continues to grow and in 2013/2014 it ran a total of 382 trials.

The team has also diversified into the field of innovation and supports not just its own staff across the Trust, but also small to medium-sized businesses developing innovative ideas, such as equipment and ways of working to benefit patients and health care.