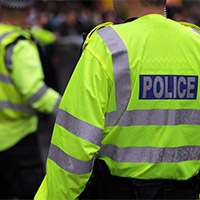 I want policing and crime reduction to have the same relentless focus on evidence as in our medical and legal professions – where knowledge and research are the foundation of professional practice ... Home Secretary Theresa May

Keele University, with Staffordshire University, is one of the successful bidders for a share of a £10m fund to boost links between police and academia.

The successful bid was a joint application by Criminology and Psychology staff at Keele and colleagues at Staffordshire University, and the funds will be shared equally between the two institutions. The proposal is also a collaboration with Staffordshire Police and the Office of the Police and Crime Commissioner for Staffordshire.

The title of the successful proposal is ‘Action learning plus: Developing an action/work based learning system for improved knowledge exchange, development and implementation through partnership working’, and it has been awarded £290,541.

The College of Policing, the Higher Education Funding Council for England (HEFCE) and the Home Office launched the £10m Police Knowledge Fund earlier this year to encourage collaboration between academia and police forces in order to increase evidence-based knowledge, skills and problem solving approaches within policing.

The Principal Investigator on the project, Dr Tony Kearon, Criminology at Keele University, said: "This collaboration between universities and the police in Staffordshire will help to break down barriers between academic knowledge and real policing and make sure that knowledge is tailored to meet the operational needs of the police."

And he added:: "The project focuses on the need to develop effective mechanisms for knowledge exchange, development and implementation at every level within and between police forces and partner agencies – mechanisms which facilitate effective ‘trickle down’ of innovation and knowledge from senior levels and also encourages and facilitates the emergence, development and sharing of ‘bottom-up‘ knowledge and innovation."

The College of Policing today (Thursday, 30 July) announced the 14 successful bids for the Police Knowledge Fund.

Higher education institutions, in partnership with police forces and other agencies, were able to bid for a share of the money to fund evidence-based approaches to problems faced by those on the frontline and to increase the flow of research in fighting crime.

Home Secretary Theresa May said: “I want policing and crime reduction to have the same relentless focus on evidence as in our medical and legal professions – where knowledge and research are the foundation of professional practice.

“That is why I launched the Police Knowledge Fund earlier this year, jointly funded by the Home Office and the Higher Education Funding Council for England, and secured by the College of Policing, to support the establishment of a recognised body of knowledge, evidence and expertise on crime reduction and policing practice.

“I am delighted that the 14 successful bids announced today will see police forces collaborating with each other and world-class universities to build that evidence base and ensure that policing is based on a thorough understanding of crime and best practice.”