Pet theft is on the rise, with more than 60 dogs stolen in the UK every week 52% of dogs are stolen from gardens. Pexels

But these figures only scratch the surface, because the reality is that police forces record this crime differently across the country. Pet thefts are often categorised as robbery or burglary – hiding the the true extent of the problem.

In fact, more than 60 dogs are stolen in England and Wales every week, and the number of pets stolen has increased by nearly 24% over the past three years. Dog thefts increasingly feature in the national media, usually with focus on social media campaigns to reunite families with individual animals.

In recent weeks, Morse the border terrier, Olive the cavapoo and Dougal the cocker spaniel all had happy reunions with their owners. But sadly this isn’t always the case. Reports last year revealed that at least five dogs are stolen every day in the UK but only one is recovered.

Why is dog theft on the rise?

The theft of a dog is a criminal offence punishable by a maximum penalty of seven years imprisonment. But such penalties are rarely enforced – minimum sentences of community service, a caution or a small fine are much more likely.

Under UK law, pet theft is seen as no different to the theft of an inanimate object – despite pets being sentient beings. This means that if someone is caught stealing a labrador, they are likely to get the same sentence as if caught stealing a laptop.

Arnot Wilson, founder of the Dog Union and co-founder of Stolen and Missing Pets Alliance, says “this is out of date and does not reflect the needs of today’s society”. 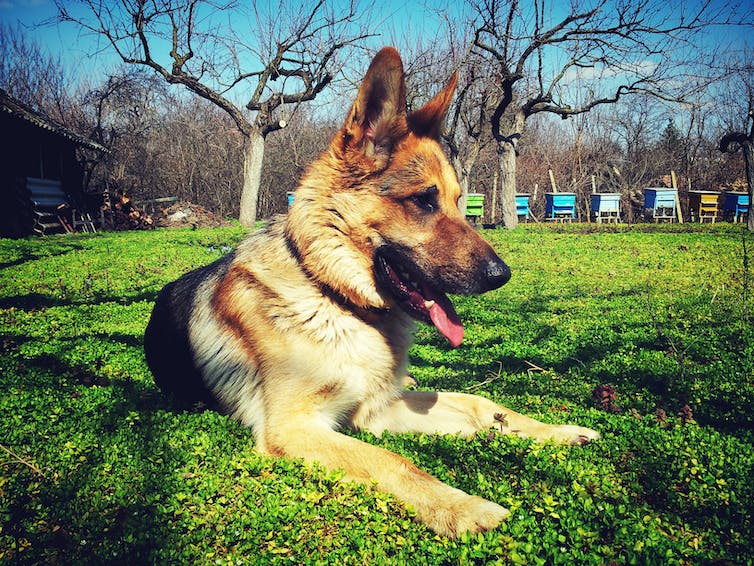 The number of dogs being stolen is increasing despite the introduction of mandatory microchipping. Pexels, CC BY

Anyone who steals and mistreats a pet could also be in breach of the Animal Welfare Act – the maximum penalty is a fine of £20,000 and or six months imprisonment. But despite this, at present, the emotional distress of stolen pets is not considered.

With minimal deterrents, there are various dog theft networks working at local and national levels, specifically stealing pets for profit. Dogs are stolen to order, to sell, to breed, for ransom, and even for use as bait in illegal dog fighting.

How to reduce dog theft

All dogs are potential victims – so for dog owners it is important to be aware of the risks. The Pet Theft Census revealed that 52% of dogs are stolen from gardens, 19% as a result of burglary, 16% while out on a walk, 7% while tied up outside shops, and 5% when left unattended in vehicles.

Securing garden boundaries, locking gates, fitting visible alarms to properties, installing CCTV cameras and always monitoring your dog can help. As can varying walking times and routes, keeping your dog on a lead, and never leaving your dog alone outside shops or in vehicles. 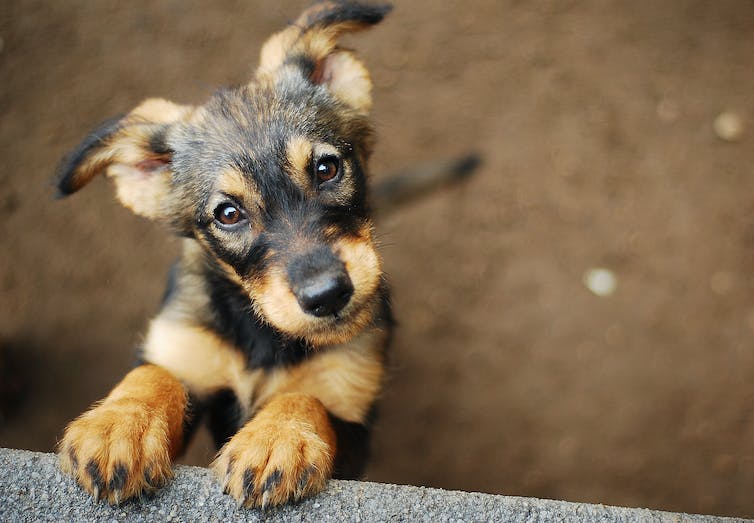 More than 80% of stolen pets are never returned to their owner. Shutterstock

In April 2016, microchipping dogs became compulsory across the UK. In theory, this should mean that lost or stolen dogs can be scanned and easily returned to their family. In reality, it is not compulsory for veterinary practices and animal welfare authorities to scan the dogs they come into contact with nor to check microchips.

To make matters more complicated, there are ten approved microchip databases – the largest being PetLog. The databases are independent and have no interest in creating a national database. Debbie Matthews, founder of Vets Get Scanning, explains:

We need tougher deterrents in place to stop these heartless thieves and compulsory scanning and checking microchips to help reunite pet and owner.

But assuming records are kept up to date and compulsory scanning was enforced, there is technological hope. In 2013, the Halo Microchip Scanner became available. Unlike others on the market, it has the capacity to give an instant alert if missing pets on the PetLog and DogLost registers are scanned.

Change to the law

The Stolen and Missing Pets Alliance – which is made up of DogLost, Vets Get Scanning, Pet Theft Awareness and The Dog Union – has been lobbying the government for legal changes since it was founded in 2015. Last year, MP Gareth Johnson hosted Dog Theft Awareness Day at Westminster, gaining the support of 48 MPs.

And in 2018 – the Chinese year of the dog – the momentum continues. Having felt completely helpless at the scale of the problem and increasingly upset for the families involved, I offered to support the pet theft campaign.

Our new government petition calls to reclassify the theft of a pet to a specific crime, review the sentencing guidelines for theft offences, and ensure police forces are given appropriate guidance and training to record and investigate cases. The petition reached 10,000 signatures in the first 36 hours, and support for the petition continues to grow. The aim now, is to reach the 100,000 signatures required to trigger a debate in Parliament.

The dog theft epidemic must be stopped, but that can only happen if the government takes this emotional crime seriously.