The recent kerfuffle over Britain’s post-Brexit passports being made by a Franco-Dutch company exemplifies the level of control that will be “taken back” by the UK government in March 2019. The UK might be leaving the EU, but it will remain a part of the global economy. Contracts – like who makes the country’s passports – will be beholden to business interests.

Similarly, rules on public procurement (if surprisingly omitted from a post-Brexit UK-EU trade deal), would still be regulated by the World Trade Organisation (WTO) general procurement agreement, to which the UK is a signatory. This means public contracts will be open to competition. Indeed, it is the importance of existing and new post-Brexit trade deals which will expose the myth that meaningful democratic control can be taken back.

Three important aspects of international trade deals will limit the UK’s democratic control over trade. They are: the use of investor-state dispute settlement arrangements; procurement arrangements; and the current UK government’s Trade Bill.

This is about more than tariffs

The current focus on post-Brexit trade arrangements has tended to fall upon the level of tariffs imposed on imports. This fear has been reinforced by the dispute taking place between the US and China after Donald Trump announced tariffs on US$60 billion worth of Chinese imports and China prepared retaliatory tariffs of its own.

But, as economists Phedon Nicolaides and Thibault Roy have explained, this misses the point. Trade agreements are hardly about tariffs and border restrictions anymore.

Now, trade agreements are ‘deep’, in the sense that they are mainly about … domestic product standards, health and safety rules, regulation of establishment, and investment and public procurement.

With the UK as a member of the EU single market, the EU has exclusive rights for negotiating its trade deals. This extends to the current customs union arrangements, which countries outside the single market have with the EU.

But, irrespective of whether new trade deals are negotiated post-Brexit by the EU (with the UK inside a customs union) or independently by the British government, two characteristics of the new generation trade deals raise issues of control.

The ultimate threat to democracy arises out of the so-called Investor-State Dispute Settlement (ISDS) arrangements. These are enshrined in new trade deals negotiated outside of the WTO and permit transnational corporations to take governments to court if their profits, or even potential profits, are threatened by legislative action. And not just any court, these courts are independent of the national court system, using a secret dispute resolution apparatus instead.

The secrecy which surrounds settlement procedures makes analysis of their impact difficult to establish. But drawing on the the UN trade body, UNCTAD’s database, it’s possible to see the significant increase in ISDS cases in recent years, with 56 new cases in 2012, 59 in 2013 and 62 in 2016. 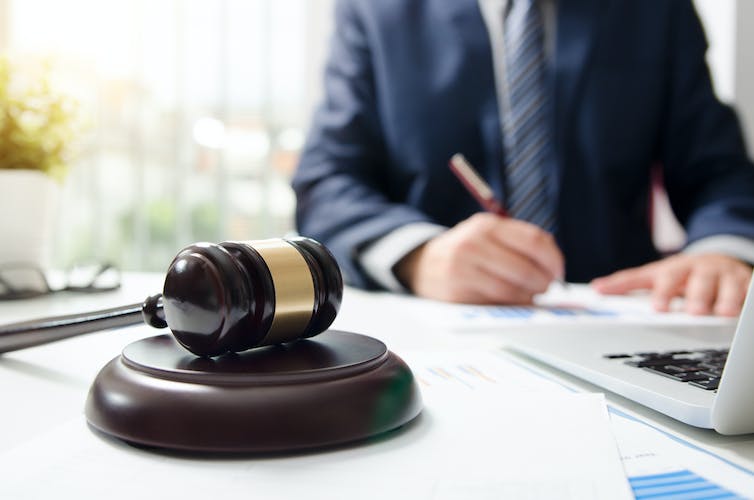 Notable cases relate to French company Veolia using ISDS to compensate for loss of profit when the Egyptian government raised the country’s minimum wage. And, in Europe, Swedish company Vattenfall is using ISDS to press for compensation of €3.7 billion following the German government’s decision, post-Fukushima, to end nuclear power generation. The outcome of both cases are still pending.

The largest known settlement is the US$2.3 billion secured by US oil company Occidental against the government of Ecuador, over the latter’s (apparently lawful) termination of an oil concession contract. This was later negotiated down to a mere US$980m.

Most new generation trade deals now focus on the opening up of public services to competition. This allows overseas transnational corporations the opportunity to win contracts, usually based upon reducing labour costs through laying off staff and introducing worse terms and conditions of employment.

As the global labour foodworkers’ federation, the IUF, has noted, they do this by “restricting the regulatory power of governments and locking the system into place” to prevent new regulation or reversing privatisation.

This privatisation objective is likely to be at the heart of negotiations in post-Brexit trade deals. And this is in spite of the disastrous way that public services have been put out to tender in recent years – as with the recent collapse of construction firm Carillion.

An inauspicious start for the UK

In this respect the evidence so far of the current government’s approach to trade deals is concerning. The Trade Bill legislation, currently going through the UK parliament, seeks to implement into law any new trade deal the government negotiates with non-EU countries.

The TUC and the Trade Justice Movement have expressed concerns that the government is again – as with the European Union (Withdrawal) Bill – seeking to introduce legislative change without proper parliamentary scrutiny. Central to this would be the power given to the government at the expense of parliament when it comes to negotiating trade deals.

Claims that Brexit will allow power to be taken back from Brussels to Westminster, therefore, needs a far higher degree of scrutiny. The UK outside of the EU will still operate in a global economy characterised by trade deals, through which governments have ceded (or even abdicated) responsibility for economic management to the investment strategies of transnational corporations.

This means that any new trade deals which follow recent practice will lack democratic safeguards. And safeguards already appear to be excluded from the government’s central legislation in this area, the Trade Bill.