Professor Helen Parr: A Sense of the Past: Britain, Europe, and the Legacies of War

Professor of Modern and Contemporary History The question of Britain’s relationship with the European Union and with its own military past seem as live, and unsettled, as ever. Politicians on both sides of the ‘Brexit’ debate evoke the memory of Britain at war to support distinct visions: Britain as an island ‘standing alone’ against the Nazi menace, or Britain as European, and whose fate is unavoidably bound with that of the continent.

These are recurring themes in Britain’s post-war history. This lecture explores how, from 1967 to the 1980s, Britain accepted its future as being inside the European Community, which many viewed as recognition of Britain’s post-imperial role. At the same time, in 1982, the memory of Britain’s former military greatness took centre stage when Britain defended the Falkland Islands against an Argentine attempt to seize sovereignty by force.

This was a period of political change and social upheaval and was often referred to as a time of crisis at the time. This lecture argues that any understanding of Britain’s current political landscape must have ‘a sense of the past’: an appreciation of how the experiences and expectations of those who lived in the past were different from those of today, as well as an understanding of how ideas in the past, particularly during wartime, compare and alter in different eras. Consequently, Britain’s current uncertainty about its future direction comes into sharper focus. 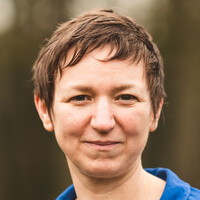 Professor Helen Parr gained her BA in history from Clare College, Cambridge, and her MA and PhD in contemporary British history from Queen Mary, University of London. She was a tutorial fellow in international history at LSE before joining Keele as a lecturer in international relations in 2004. Prof. Parr has also worked on Britain’s relations with the European Community, British and French nuclear weapons’ policies, and Britain during the Cold War. Her most recent book, Our Boys: The Story of a Paratrooper (2018), has not only won the 2019 Templer Medal Book Prize but also been shortlisted for other major prizes.