A brief history of Keele

The University is situated on an estate of 640 acres, with extensive woods, lakes and parkland, formerly owned by the Sneyd family. 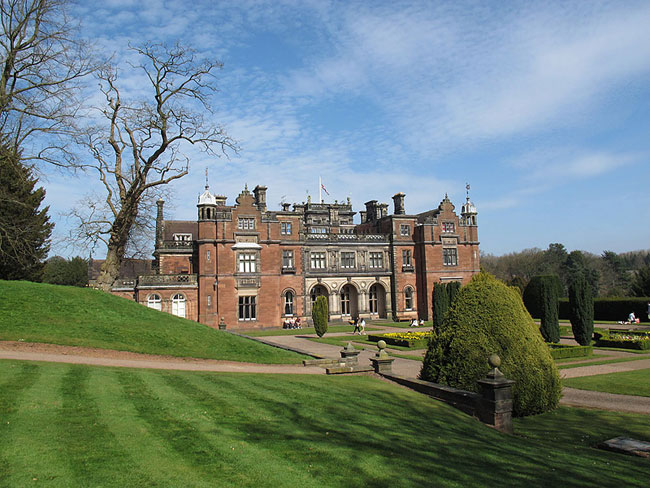 The Sneyds can be traced back in North Staffordshire to the late 13th century, but they came into the possession of the Keele estate in the mid-16th century.

The vision of Keele Hall and gardens that we see today is attributed to Ralph Sneyd who, in 1741, inherited the Elizabethan house and grounds. By the end of his life in 1793 he had improved the landscape by planting and thinning to create tree clumps and vistas - a parkland landscape. By building dams across the landscape a series of lakes was formed. The basic design of the Keele Garden is attributed to William Emes who had worked at Keddleston Hall in Derbyshire.

Walter Sneyd inherited the estate, and his father's commitment to the landscape and horticulture, in 1793. He dredged the lakes and changed the shape of the top lake to produce a more serpentine look and to make it more visible from the house.

The second Ralph Sneyd inherited from Walter in 1829 and employed William Gilpin to oversee changes to the landscape. He was a great tree lover and planted over 100,000, changing much of the 18th century parkland landscape. He combined the two upper lakes using the spoil to create the embankment we see today. A deep curving gorge was cut to connect the hall with the stable block (Clock House) which was built in 1833 to a design by Edward Blore. A stone bridge was built across the gorge leading to the early quarry and fernery.

In 1858 the old hall was demolished to build the present hall to the design of Antony Salvin at a cost of about £80,000. The grounds and gardens were magnificently laid out around it, and many interesting features survive today, such as the remarkable holly hedge, originally 199 yards long, 28 feet thick and 35 feet high.

At the beginning of the twentieth century, the hall was let to the Grand Duke Michael of Russia, who entertained King Edward VII there. Later, however, it remained empty, and troops were stationed on the estate during the second world war.

A more detailed history of Keele is available on these web pages.

Publications are available which also give the history of Keele in much greater detail.

Other books of interest are: