Comment | A week at COP26: An outsider's insider perspective 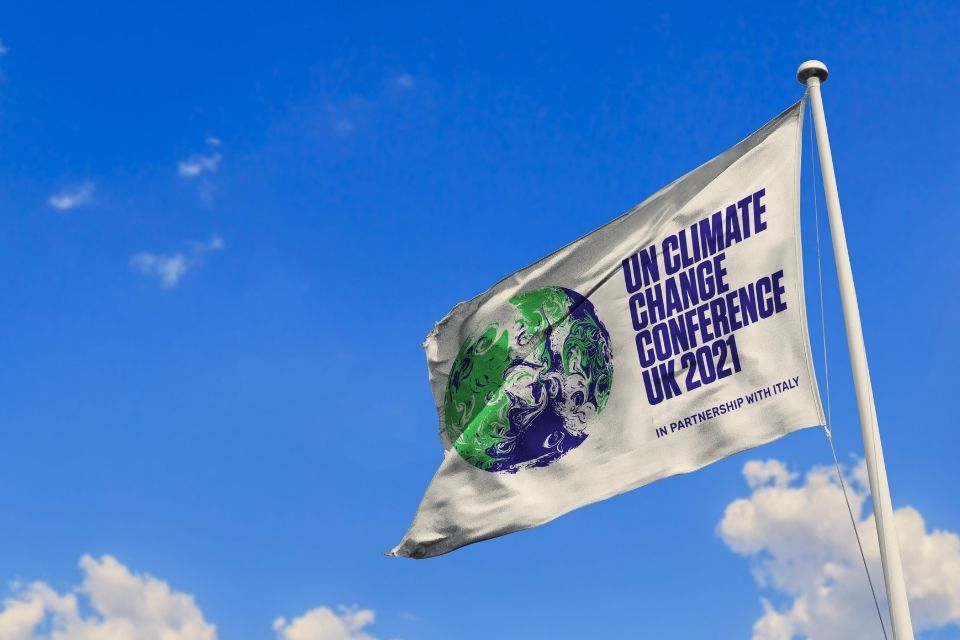 Professor Zoe Robinson, Professor of Sustainability in Higher Education and Director of the Institute of Sustainable Futures at Keele University, writes about her experience at COP26 in Glasgow.

I was lucky to be able to spend the whole of the first week of COP26 in Glasgow, and with a much sought-after ‘blue zone’ ticket as an ‘observer’ with the Environmental Association of Universities and Colleges, which has just got official ‘observer’ status (not an easy task in itself). Here’s my take on COP, I felt very much like an outsider there – hence the outsider’s insider perspective.

At the start there was a lot of criticism in the media of the logistics, including long queues, a dysfunctional app and limited communication. From what I’ve seen that is largely true, but I have my sympathies - what with uncertainty over whether it would happen in person, the sheer volume of people, the need for high-level security, and of course the spectre of Covid. Although in the UK we may have got used again to packed public places, the very nature of the COP process means that vulnerable communities are sharing this space, and the need to protect them through stricter social distancing measures is crucial and, by implication, has impact on capacity. For veterans of the COP process this has been a COP like no other.

I had ‘observer’ status - but what does an ‘observer’ do? I believe that observers are there to scrutinise the process, potentially provide support for ‘Parties’ (mostly countries, but known as Parties, hence Conference of the Parties = COP), and identify areas where there may be data gaps/need to inform further research, amongst many other things. But all this requires that you can access the areas where the ‘Parties’ are in discussions – and, with a wall of acronyms, a mildly dysfunctional communication system and no clear orientation for new observers or new observer organisations, this is easier said than done.

It took until the end of the week for me to even start to work out how to find and get into those rooms. When I did, what is actually being discussed is entirely incomprehensible, with the majority of words referring to paragraph numbers – and I never did manage to track down the text that they were referring to! However, it gave a fleeting insight into the process, as did attending an end of week 1 plenary (which was still going on at 10pm when I gave up in need of sleep and food), where the progress in the previous week was approved or otherwise. This was a largely mechanistic approval process with some more exciting moments where objections were made by different parties – one particular case referred to the taking out of human rights in text (pertaining to what, I don’t know), with concern expressed by many countries that this had happened.

Alongside the concerns about the omission of such a crucial area, speakers highlighted the challenges of a process which was being rushed through to meet a deadline, with late night meetings, with limited numbers of Parties and no observers present. A number of Parties were also hindered by having travelled with small negotiating teams, meaning that with the number of different negotiations happening at the same time, that not all Parties could be represented at all times on all issues under discussion.

The thing that has impressed me the most during the week was the ‘youth’ voice. Not only have the youth speakers been some of the best orators, but certainly through the youth constituency (Youngo), they have seemed to be so engaged, well informed and knowledgeable about the process and effective in making their views known.

Youth have fought hard to be at the ‘COP’ table, highlighting that it is their future being negotiated, and at least from my still somewhat disconnected observations, they seem to really make that seat at the table count. These I hope are genuinely the future world leaders, and that gives me hope.

Listening to talk after talk, and then once headed back home to catch up on headlines, certain key issues seem to have been an important part of the narrative of this COP.

First and foremost is the need for climate justice. There are no doubt many and different interpretations of climate justice, but the narrative that our transition to a new low carbon world must be done with consideration of the most vulnerable is at its heart. Whether that is through the urgent action needed to reduce emissions to reduce the level of warming to limit already horrendous impacts on those most affected, or ensuring that fossil fuel workers are part of a transition that allows them to feed their families, or that large scale renewables don’t negatively impact the ancestral homes and lands of indigenous peoples; the narrative of justice is being heard.

Justice is also key to the other big issues - the limited funding made available to support adaptation to climate change impacts (and so far the limited progress on reaching the pledge for $100 billion a year), and the lack of any funding (other than from Scotland) for a separate issue referred to as ‘loss and damage’ which acknowledges the harm that has been caused by climate change. One speaker who has led negotiations for the EU for many years talks of the importance of having the most vulnerable countries in the room, to keep the others ‘honest’.

Another key narrative of this COP seems to be that business is now seen very much as part of the solution. This is in part reflected by a whole day focused on finance, something which shows just how the narrative is changing. However, it does also make for some somewhat uneasy juxtapositions between the opportunity-focused narrative of the business-focused approach, and the very human experiences of the impacts being felt right now by some of the world’s most vulnerable and powerless communities, as well as a convenient collective amnesia about the intentional delaying and climate sceptic dialogues of the past.

The final theme I’ll draw out from my own experiences (and the size of COP means that every delegate’s experience will be unique) is the emphasis on reskilling and training. The need for reskilling of those enabling technical solutions, such as heating engineers, is so obvious that it does not need to be made. However, the need to reskill in all parts of the economy was brought home to me, by discussions from a bank about the need to retrain and reskill to enable finance decisions and risk assessment to be made based on very different types of business models.

So what did I make of the whole week and the final conclusions (I have to admit to becoming such a COP geek I watched the plenary live)?

It has been a rollercoaster of emotions. Frustration at the difficulty in unpicking the process and feeling that I’m always several steps away from being able to see how an observer can really contribute and engage. A mixture of grief, anguish and despair at hearing first hand from the countries around the world on the frontline of the impacts of climate change. Hope as pledges start to see us creep down towards the crucial 1.5°C warming threshold, and at how the direction of travel and momentum towards a low carbon world now feels unstoppable. Concern at how this unstoppable juggernaut could still railroad the lives of some of the most vulnerable, through negative impacts on their lands and live. There have been several times where I have had tears in my eyes whether through footage of individuals trapped by flooding in lifts and subway carriages with water up to their necks, Small Island States talking eloquently about their fate spelled out through sea level rise, hearing from indigenous peoples about how the lands are changing around them, through seeing four female world leaders showing such respect for each other and talking eloquently about how the impacts of climate change fall disproportionately on women and girls, seeing female youth leaders outshine other speakers through their passion and eloquence, and being amongst the tens of thousands of people willing to walk through the Scottish wind and rain to show they care.

I feel hugely privileged to have been able to put the world on hold and spend a week immersed in climate change with inspirational people of all walks of life. It feels like an endurance event and that is simply as an observer, and not a negotiator involved in discussions and redrafting of texts and meetings until all hours. It has been a week of stark contrasts, but also shared visions. After a week I don’t feel ready to go back (but I had to), but I have returned to the day job with renewed determination and commitment to do what I can professionally and personally to help the drive towards a just, fair, and sustainable world.