Astronomers find rhythms at the heart of pulsating stars 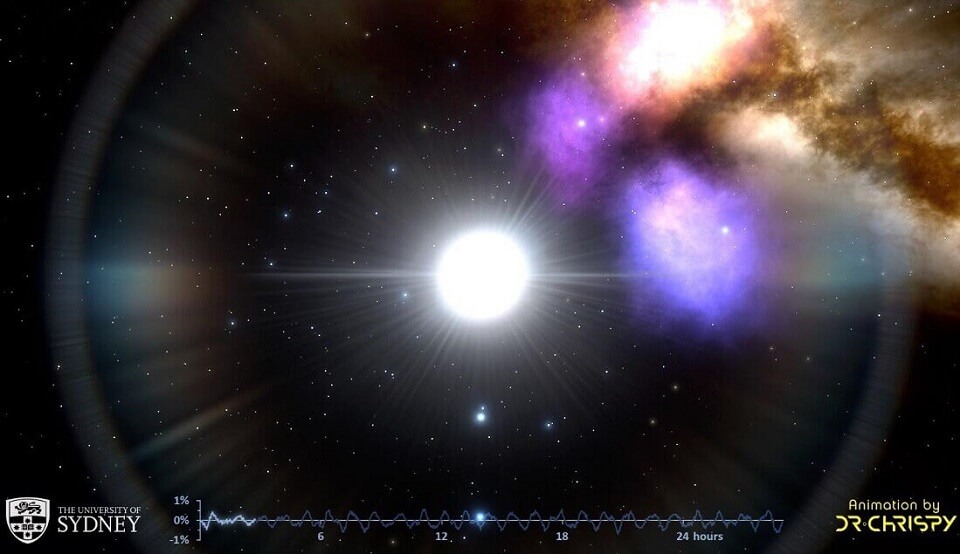 A global team of astronomers including Keele University’s Dr Barry Smalley have detected a ‘heartbeat’ among distant young stars which will help scientists understand more about the Sun and the workings of stars.

Using data from NASA’s Transiting Exoplanet Survey Satellite (TESS), a space telescope mainly used to detect planets around distant stars, the international team have for the first time identified a rhythm of activity among a class of stellar objects that had until now puzzled scientists.

The stars in question are known as delta Scuti stars, named after a star in the constellation Scutum. They are around 1.5 to 2.5 times larger than our Sun, and although scientists have previously identified many pulsations when studying this class of stars, they have not been able to determine any specific patterns or rhythms.

But in the past few decades, astronomers have been able to detect the internal oscillations of stars using a branch of science known as asteroseismology. This method reveals their structure, by studying stellar pulsations using careful and precise measurements of changes in light output.

This will allow scientists to understand the workings of distant stars, but can also help us understand how our own Sun produces sunspots, flares and deep structural movements, and using this approach the researchers found 60 delta Scuti stars whose pulsations had a rhythm that made sense.

Their findings have been published in Nature and Dr Smalley said that identifying patterns like this can reveal significant details about the interiors of stars.

Dr Smalley said: “The precision of the measurements from TESS has allowed us to reduce the background noise. We can now clearly hear the ‘song’ being played by the stars. The regular patterns of frequencies found in this study are an important contribution to our understating of the interior of the stars.”