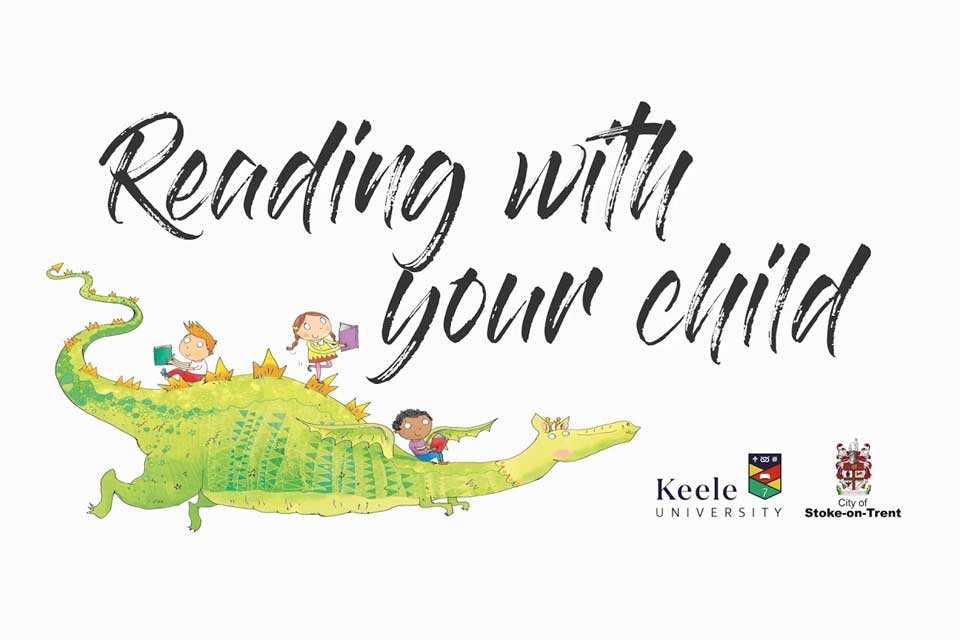 Academics at Keele University have worked with local education practitioners and parents to develop a video guide for parents about reading with their children.

Previous research has suggested that parents reading with their children can make a huge difference to a child’s development - spending as little as ten minutes a day reading with a child can to help them achieve good GCSEs and even earn more as an adult.

Dr Yvonne Skipper and Nick Garnett from Keele University’s School of Psychology worked with Stoke Reads to conduct a series of focus groups across the City of Stoke-on-Trent to investigate why parents do or do not read with their children, and to learn more about common barriers.

The project aimed to find out, in their own words, what might prevent parents from reading with their children. Dr Yvonne Skipper, Lecturer in the School of Psychology at Keele University explained:

“When we conducted our research with parents a theme emerged that some were struggling with the technicalities of phonics, in that they weren't familiar with phonics or how to use them to help their children to read.  Parents were also worried about teaching children the ‘wrong’ thing. Parents also said that when they tried to find their own guidance on reading with their children via the internet, they were faced with a huge amount of information which was often contradictory.”

“We chose to create a video to communicate key messages and advice to parents, as many parents who we spoke to suggested that videos on YouTube would be a good platform, as they can be watched at any time, and are often more accessible than a website or leaflet.

We hope these videos will encourage parents to worry less about reading with their children, and hopefully enjoy those important ten minutes per day!”

Janet Cooper from Stoke Speaks Out, part of the Stoke Reads group, comments:

“It has been a pleasure working in partnership with Yvonne and Nick at Keele University on children’s literacy, which has generated huge benefits for the children of Stoke-on-Trent. The video will be a  legacy for families to access high-quality information to support them in their child’s early reading. We look forward to continued partnership working.”

The team will be preparing a publication on this research.