It is estimated that 10–20% of the bereaved population is susceptible to complicated grief (Prigerson & Jacobs 2001) and service providers are looking to research to provide a reliable indication of those who may be significantly vulnerable in their grief and therefore most in need of therapeutic support (Agnew et al 2009).

A research project set out to test the reliability and validity of the Adult Attitude to Grief scale (AAG) (Machin, 2001) as a measure to identify vulnerability (the fourth category in the RRL model). The research hypothesis: by combining the overwhelmed and controlled scores and deducting the resilient scores, an indication of vulnerability could be calculated (scoring on a 5-point Likert scale, in a range from 4 for ‘strongly agree’ through to 0 for ‘strongly disagree’):

Research methods: Three bereavement services already routinely using the AAG were partners in the research. Clients who gave consent for their anonymized data to be released to the research team were included in the study. Data collection began in March 2011 and concluded in September 2012. A vulnerability indicator was calculated from responses to the AAG scale and tested for validity and reliability, through psychometric testing and by correlating AAG scores with client responses to other validated tools identifying prolonged grief disorder (PG-13), depression (PHQ 9) and anxiety (GAD -7). Additionally, clients’ details were analysed – including demographic information e.g. gender, age, relationship to the deceased etc. and clinical data e.g. nature of the grief and coping responses to it, complicating personal/circumstantial/social factors, etc. The study received approval from the University’s ethics review panel.

Study sample: 168 clients participated (128 female and 40 male). Ages ranged from 18 to 85 with 64% falling within the 36 to 65 age span. Spousal bereavement constituted the largest category of loss (35.7%) followed by adult daughters and sons grieving the loss of a parent (35%). 41.6% were bereaved following a long illness in their relative and 27.4% following a short illness. Characteristics of grief reactions were: grief dominated by distress and despair 57.7%; an inability to accept the death 48%; disturbed and intrusive thoughts about the loss 47.6%; strong feelings of anger, guilt and blame 45.8%. 82.7% had difficulty coping with their feelings and 65.5% had difficulty coping with the meaning of their experience. 78.5% had either one or two personal, circumstantial or social factors complicating their grief.

Results: Confirmatory factor analysis broadly supported the hypothesized factor structure of the AAG, but identified item 8 as one that could profitably be reworded. (It now reads: 8. I think it’s best just to get on with life and not dwell on this loss). Internal consistency of the three subscales – i.e. the extent to which they consistently measure the relevant domain in the scale – was found to be acceptable. Construct and discriminative validity were supported, respectively, by correlations with allied constructs (depression via the PHQ-9 and and anxiety via the GAD-7) and by a significant difference between scores on the AAG between clients with prolonged grief disorder and those without. A correlation with counsellors’ own clinical ratings of vulnerability demonstrated the criterion-related validity of the scale. Using receiver operating characteristic methods, we were able to identify optimum cutoff scores on the scale for the classification of different levels of vulnerability (Sim, Machin and Bartlam 2013).

Discussion: The research supports a significantly new approach to identifying vulnerability in grief in a way that is consistent with, and capable of integration within, the therapeutic process. The AAG scale, in providing an indication of vulnerability in the context of an individual profile of grief, gives practitioners a structure within which to understand the grief dynamics of their clients and a strategy to facilitate the development of resilience.  Practitioners, service providers and policy makers will be more able to develop targeted, effective and cost-efficient interventions. Moreover, whilst grief is usually associated with death, dying and bereavement, it is also a characteristic response to many other life losses. Consequently, the focus of this research has potential application across many areas of health and social welfare. These cross-disciplinary implications are reflected in the make-up of the research team representing as they do the fields of health, gerontology, and bereavement care.

A national group made up of academics, practitioners and researchers, the Bereavement Evaluation Forum (BEF), have provided the base from which the promotion of the AAG and associated measures has been taking place  across a wide range of health and social care services offering bereavement support. 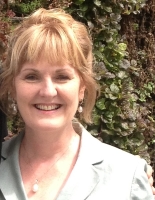 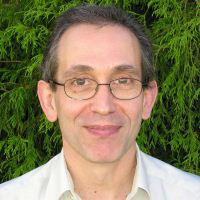 Services collaborating in this research

The Dove Service, Stoke-on-Trent. This service is a charity providing counselling and support to people in Staffordshire and surrounding areas who are bereaved, facing life-chaning illness or other significant loss.

Three hospices providing end of life care and support to family members, both pre and post bereavement, took part in the research.