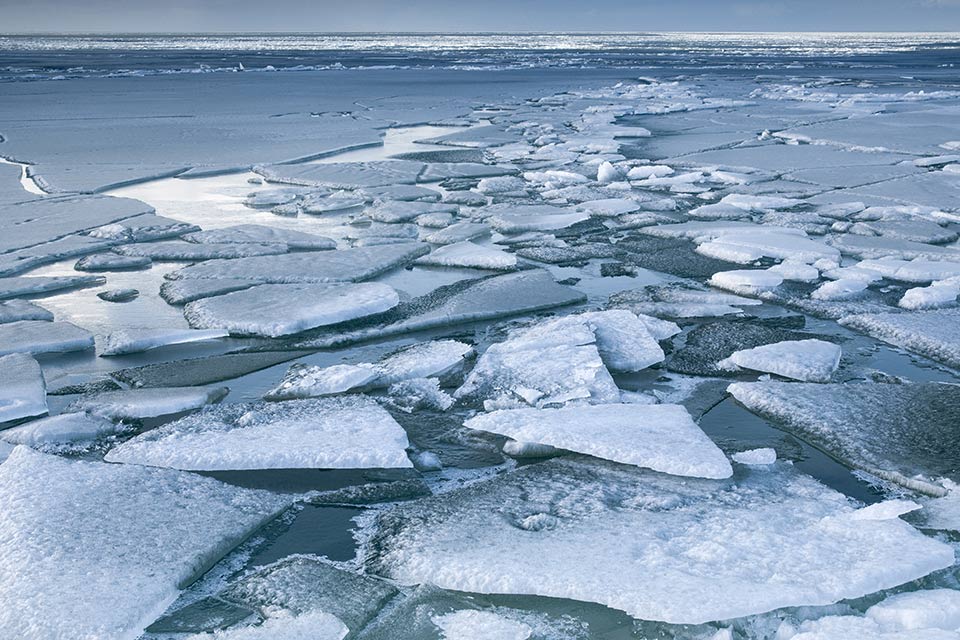 New research has found that changes in North Atlantic Ocean circulation at the end of the last ice age triggered a considerable increase in Greenland Ice Sheet melt.

The Greenland Ice Sheet is a vast body of ice covering roughly 80% of the surface of Greenland. It is the second largest ice body in the world, after the Antarctic, and holds enough water to raise sea levels by six metres if melted in its entirety. The research published in the Nature journal Scientific Reports, led by researchers at Keele University and the University of New South Wales, has found that the rate of melt of one of Greenland’s largest outlet glaciers dramatically increased around 12,000 years ago, during a period known as the ‘Younger Dryas’. This occurred despite atmospheric temperatures up to 10°C cooler than those of today.

Lead researcher Eleanor Rainsley, from Keele University’s ICELAB, said: “The rate of glacier thinning that we discovered in southeast Greenland 12,000 years ago is comparable to that seen in some of today’s most rapidly melting polar glaciers.

“Our team analysed these results against climate models, and observed that the changes during the Younger Dryas– a cooling period driven by the input of meltwater from the great ice sheets that once covered North America and Europe – led to a reconfiguration of ocean circulation that caused substantial ocean warming at depth. Previously masked by the apparent cooling of the surface ocean waters, it shows that this massive reorganisation of the North Atlantic Ocean triggered enhanced melt of the Greenland Ice Sheet, overwhelming the cooling effect of the atmosphere.”

The circulation of the world’s ocean waters, also known as the ‘global ocean conveyor belt’, drives the transport of heat around the planet from the equator to the poles. Disruption to this conveyor belt, through altering how much fresh, cold water is added to the oceans from ice-sheet and glacier melt, can dramatically influence our climate.

Co-author Professor Chris Fogwill, Professor of Glaciology and Palaeoclimatology at Keele University, said: “As the climate warms, we are already seeing huge changes to North Atlantic circulation. Given recent findings that show feedbacks such as we have found here could lead us into a ‘Hothouse Earth’ scenario, it is crucial that we incorporate this into the computer models we use to predict future change. These feedbacks – knock-on effects of climate change which can amplify change even further – could lead to the destabilisation of the Earth’s climate, tipping it into a state of warmer temperatures and higher sea levels from which it will be hard to return.”

Dr Laurie Menviel, from University of New South Wales, said: “This study shows the importance of investigating extreme environmental changes preserved in the recent geological record to better understand what we might experience in the future.”