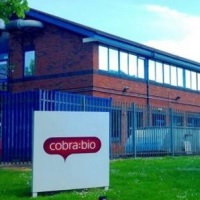 Keele-based Cobra Biologics, an international contract development and manufacturing organisation of biologics and pharmaceuticals, has announced a £15 million expansion plan of its operations in the UK and Sweden.

Cobra is one of the largest and longest-serving tenants at Keele University Science and Innovation Park, which was developed to create a nurturing environment to support the creation and growth of technology-based businesses.

The company recently announced that it is expanding in order to meet the increased demand of gene and immunotherapy companies to fast track their portfolios through to in-market supply. Over the next two years Cobra will invest up to £15 million on a phased expansion plan, supporting the company’s research and development expertise in developing rapid and cost effective viral vector and DNA plasmid production platforms.

The multi-million pound expansion is one of the largest-ever investments in research innovation for a tenant at Keele Science Park, demonstrating that Keele is delivering new inward investment of national significance. Cobra has grown from one office to over 200 staff across the globe, showcasing that Keele’s Science and Innovation Park is an ideal location for developing businesses to thrive.

Peter Coleman, CEO at Cobra Biologics, said: “For almost 20 years Cobra has been manufacturing DNA and viral vectors for its gene therapy customers and we intend to stay at the forefront of this exciting field. Cobra is committed to investing for both present day needs and for the future at this extraordinary time in the history of gene therapy when so many new and potentially life-changing medicines are in the pipeline. Many of these new products have orphan drug status and as a CDMO, we need to respond with a quick and seamless production route to market.”

Greg Hands, UK International Trade Minister, said: “This new investment by Cobra Biologics is another boost for UK life sciences, creating high-skilled jobs in Keele as the company expands its operations. It comes as global demand for gene therapy manufacturing is surging, helping put the UK at the forefront of developing revolutionary disease therapies and new treatments to be exported around the world.”

In 2016 the Science and Innovation Park at Keele was expanded, with 13 development plots made available to deliver unique environments that will enhance the development of academic and business collaborations, and the creation of new ventures and jobs.

Dr Mark Bacon, Director of Engagement and Partnerships, said: “This is one of the largest ever investments of its kind at Keele University Science and Innovation Park, and I am delighted for all the team at Cobra Biologics.

“The investment announced by Cobra Biologics this month stands as a real example of how Keele aims to continue to play an ever-increasing role in driving the Stoke on Trent and Staffordshire Economy.”