How might aluminium adjuvants contribute towards vaccine-related adverse events? 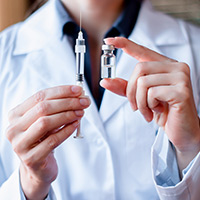 The majority of vaccinations use an adjuvant to boost their effectiveness and in most cases the adjuvant is an aluminium salt.

The simplest explanation of how an aluminium adjuvant works is that its injection into the muscle or under the skin produces toxicity.

In most recipients of a vaccine this toxicity is seen as mild inflammation or reddening and swelling of tissue at the injection site. However, in a small minority of individuals the consequences of this toxicity are more severe and can lead to serious adverse events including autoimmune disease and brain encephalopathies.

School of Life Sciences
back
modify