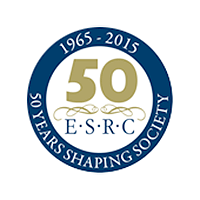 These seminars will build on an already vibrant research culture within School and we look forward to a series of exciting and interesting talks and discussions...

Professor Tsachi Keren-Paz and Alison Brammer, from Keele University's School of Law, have each been successful in applying to the prestigious ESRC Seminar Series scheme. This is an extremely competitive scheme so any award is a great success, but to secure two is all the more impressive, given that the ESRC funded just 17 seminar series in total nationwide.

Alison Brammer has been awarded £28,410 for the seminar series: 'The Care Act 2014: a new legal framework for Safeguarding Adults in Civil Society'. The aim of the proposed seminar series is to explore how the new legal rules emerged through a policy process, the challenges of interpretation that emerge and how practitioners and their organisations can be supported to deliver the intentions and requirements of the Care Act 2014 and keep people safe from abuse and harm.  The Seminar series is a three-year programme which starts in November 2015.

Professor Tsachi-Keren Paz has been awarded £30,300 for his international project called 'Liability vs. Innovation: unpacking Key Conventions'. The 24-month award starts in December and will bring together jurists, economists, ethicists and medics from several jurisdictions, including the UK, Australia, the US and Israel, to explore from interdisciplinary and comparative perspectives the theoretical assumptions, empirical findings, and normative ramifications of the debates about the relationship between tort liability, disciplinary proceedings, defensive medicine and innovation, and the practical implications of legal reforms. Two out of four co-investigators are from Keele - Professor Alicia El Haj from ISTM and Dr Michael Fay from the Law School.  Two of the six seminars will be held in Brisbane Australia.

Head of School, Professor Andrew Francis, said, "These awards are great successes for Alison and Tsachi and emphasise the importance of the high quality research being undertaken within the School of Law. These seminars will build on an already vibrant research culture within School and we look forward to a series of exciting and interesting talks and discussions over the next three years."

For further information about the wide range of high quality research within the School of Law, please see here: http://www.keele.ac.uk/law/research/. For further information about the ESRC Seminar Series programme, please see here: http://www.esrc.ac.uk/news-events-and-publications/news/news-items/17-seminar-series-to-take-place/